I read the title all wrong....in my head I"m thinking...."how and why is the PS3 bashing Journalism?"

What are you guys talking about! This is writing at it's finest xD I mean I find it absolutely histerical that anyone could work themselves up so much over a FREE SERVICE! I mean I could understand if Sony started charging you x ammount of dollars for a quote en quote "broken service", but come on it's free :P and you don't even have to use it :) Let this guy continue!

Seriously, wow. What kind offanboy wrote this. Anyone who agrees with the manner of this criticsim is seriously biased and should be shot in the face. I mean damn, what kind of site is that?

Hmm... he had numerous invalid points, too numerous to even argue over. 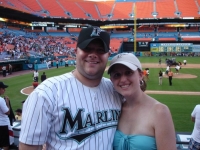 Why is it that whenever someone posts something that you don't agree with you label that person as a "fanboy?"

I personnaly think Sony screwed up with the PS3. By pricing it so high at launch that nobody could afford it. Sony has made the PS3 out to be nothing more than a glorified Blu-ray player. Then when Sony finally drops the price to something more reasonable they take away features like backwards compatibility. WTF is up with that? Piss poor planning, that's what that is.

Another thing Sony screwed up about is the fact that there have been a severe lack of decent, EXCLUSIVE games for the PS3. MGS, Drakes Fortune, and Finaly Fantasy XIII I do not personnaly consider to be console sellers. I will not spend $400 to play three games.

Basically it comes down to differentiation in this generation of consoles and I don't think the PS3 has enough to differentiate it from it's competition. The Wii has it's unique control scheme. The Xbox 360 has it's large library of high quality EXCLUSIVE games. The PS3 has three high quality EXCLUSIVE games, and the ability to play Blu-ray movies........not my idea of what a VIDEO GAME CONSOLE!!!! should offer.

The fact that you own "multiple consoles" doesn't help your cause in masking subjective opinion with "objective facts". How do you determine MGS and FF13 are not system sellers? How do you determine that there are only 3 "high quality" exclusives, and what would be a "high quality" exclusive in the first place? It's one thing for a person to have a different opinion, and it is another for someone to spew baseless BS with no evidence or precedence.

hmm...well i'm a wii fan and the only thing i can think of to complain about home is that sony advertised home as a selling point of the ps3 last holiday season when it A) wasn't released and B) had no release date in the foreseeable future.

Yes this is a funny article. Starcraft tried to post it was a factual artical. When I tried pointing out that this is personal opinion he still tried arguing with me.

1st highlight: It wasn't piss poor marketing. It was a very, VERY strategic move. Sony knew people would buy the PS3, and this, in turn, boosted Blu-ray sales. Why else do you think Blu-ray is trouncing HD-DVD, when Blu-ray players used to be $1000 and HD DVD players were $300-350? Now we are about to have a ONE dominant format, once people transition to HD over DVD, and then what do you think will happen? Just like the PS2 was a lot of people's first DVD player, the PS3 will be peoples first Blu-ray, even more so because the 40GB is less expensive than the cheapest standalone.

2nd highlight: Lack of exclusive games? The Summer/Fall '07 lineup are saying hi right now.  And even still, you say you won't spend $400 to play 3 games? But many would spend $400 to play only Halo? Do you understand the concept of "system seller"? And still, the moment you buy a system, do you go out and buy every title in the library? No, you finish the games you have now, and by the time that happens, the library will have grown a little.

3rd highlight: That huge list....you mean Bullet Witch, Earth Defense Force 2017, some other random shooter, and Viva Pinata? Is that what make this library "HUGE" and "high quality"? Of course the 360 is going to have Halo and Gears, which are great games. Then there's Bioshock, Mass Effect, Crackdown, and if it's your style, Lost Odyssey. Ok, nice. PS3 has Uncharted, Ratchet and Clank, Heaveny Sword, Resistance, Folklore, Ninja Gaiden: Sigma, Warhawk, Unreal Tournament 3. And you know FFXII, MGS4, Tekken 6, Killzone 2, White Knight Story, and Resistance 2 (among others) is coming out this year (maybe not FFXIII). So what are you trying to say? Will you not buy a PS3 just because it doesn't have 10 games you want right now, exclusively? When you buy an Xbox, do you buy EVERY exclusive, just to make it look better in your eyes. I don't know about you, but not everyone can afford every game all at once, just to say, MY LIBRARY IS SO VAST!!!!! I know I, along with many others, a content with about 6 exclusive PS3 games, along with all the multiplats.

You're just trying to keep the old statement of "The PS3 has no games" alive. Ok, while you're at it, why don't you just say "The Wii is a fad" and "Halo is Gaylo"

You guys are both Sony's bitches aren't you?