Paper Mario was totally unique, but also I doubt it was pitched as the successor to the higher rated game of all time. You must look at the context when understanding peoples dissapointment. Alongside the above, this is Nintendo's flaship title of 2013. Is it really hard to see why people feel a bit cheated


Nah, I'll most likely be talking about how awesome and fun it is.

This.  It's clear to me that Nintnedo is pushing this out because they are desperate for software at the moment.  You'll most likely get a galaxy or 64 sequal down the road, 2014 or 15

I wasn't a Nintendo ONLY gamer last gen either, and judging by the sales numbers I wasn't the only one.  Don't plan to be this gen either.... But it does speak to the draw of Nintendo games if you buy their system for ONLY their games (like me).  Crazy.

Although I pretty much only played PS3 exclusives too.  Xbox was my multiplat system (I like the controller better for FPS).

In hindsight, I sure did spend a lot of money on HW!

I'm allowed to be a little negative towards them every now and then cause I've spent a ton of cash on them.

And my point is that 3D Land is awesome and the graphics don't make it less so.

I understand his dissappointment and as I've explained countless times I don't believe this will be the definite 3D Mario, successor to Galaxy. It's a nice title made by the 3D Mario team prior to Galaxy to get the U going, much like 3DLand.

Also, I was just addressing his argument standalone as I've argued his dissappoinment in its context over and over, so I felt the need to address the flaw in that post but that was assuming 3DW is not the Mario he was waiting for and that there is one in the pipeline (obviously). 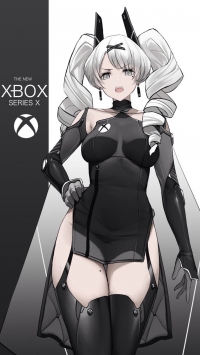 Maybe, but it was posted after E3... that trailer and the stuff we've been shown after are night and day. I was dumping on the game too, but not after that October trailer.