I wonder if the hype for Pokemon will be that high when it comes out. Pokemon GO seems to be attracting a lot of casuals though.

So when FFXV releases well below 13 and probably under 1m will you take this positive approach instead of saying "dang it dropped so hard compared to the last?

If not be consistent at the very least.

Well it looks like were going to keep getting new info on S&M. And People might be bored by GO when S&M comes out. But that depends on how fast updates comes. Speakimg of updates they said they will be adding:

And I also heard how gen 2 will coming by the end of this year or at the start of next year.

And Pokemon GO might bring back or welcome users into the Pokemon main series. Or it might also loose some users because of Pokemon Go.

Maybe Nintendo should add a pokemon go feature in Sun and Moon. 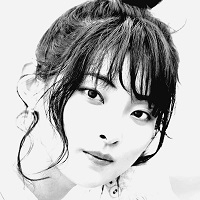 This week Y's VIII is released and there was some buzz around it. At Sofmap Akiba, they were promoting three Falcom games. The next Tokyo Xanadu, Legend of Heroes (released last week) and Y's. There were lots of people. TSUTAYA is having a 1,000yen discount with the purchase of PS4 or PSVita and a new software. Software for 3DS is getting some push, especially reservations. Etrian Odyssey V is having presence on stores. Pokémon is quite huge, also and the Splatoon Water Gun was also very popular. Yo-Kai Watch 3 seems totally available. Seems like i touched your nerve with the thought (and the big possibility) of GTA6 on PS4 outselling YW3 on 3DS on the first week.