Sorry but that is bull. I use and Windows and have been using it perfectly since I got my own XP PC.

I got an iPhone and it is extremly simple OS and its fun to use. Will I get an iPad to replace my current Windows 8 laptop? Hell No. I need it to download movies/tv shows on my 500GB+ HDD.

If you're like me, a pirate, then WIndows is the perfect OS For it. If you buy all your media, then maybe an iPad can be an alternative.

Just get a iPad mini if you want an iPad, cheaper and far lighter and it does the same thing and it don't seem to get very hot like iPad 4 does. I won't convince you to get another Android tablet, although Nexus 7 and Nexus 10 are pretty good in their own right.

I agree iOS is amazing for what it does. Despite some limits to customising your screens (something i don't really bother with on Android anyway) and stuff like that. But I just wish iDevices came with SD card slots and more camera functions out of the box like special effects and a built in photo editor, then it would be perfect

Use a file manager

You are telling a gaming forum that you are going to trade your Android tablet for an iOS tablet?... Well, I guess you knew what you were getting into. Good luck with that.

OT: I have an iPad 3. For certain things it really does work well. I would say it works better than most Android tablets, too. Just don't think that you are going to stop using a Laptop. Because you aren't. It just doesn't work that well.

This is one of the more hilarious fallacies of people who "think" they're tech people.

I work in web development. A HUGE portion of my fellow developers use iOS products. Plenty use Android as well.

The thing to take away from this is that professional tech people (the people who actually make MONEY through networking and computers) by and large view their devices as nothing more than tools. They choose the tools that cater to their specific needs... And sometimes, that's iOS. I use plenty of iOS products and I can't remember the last time I was frustrated with the "closed ecosystem". My iPhone and iPad do the tasks I require of them in a stable and pleasing manner. Others may find the same of their Android devices (and I plan to pick up a new Nexus 7 for Android testing when it's released).

The point is: choose whatever device performs the tasks you need for the price you find acceptable. 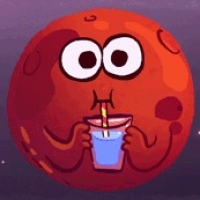 The iPad 5 and iPhone 6 are probably going to be released within 3-4 months. Upgrading in May probably isn't the best idea.

It's my birthday then so I dont have much choice :), Im quite confident we won't be seeing a new ipad anytime soon though.