A very interesting theory I've come across is Booker DeWitt = Andrew Ryan in YET another universe craeted by another chain of events (Or his son, who says the child in the after-credits has to be a girl?). At the end of Infinite during the brief visit of Rapture you are able to enter. The city already is in the fallen state of Bioshock 1. During this time period however the security- and transport system was on lockdown and coded to Ryan's DNA, only he and his relatives could operate it. Therefore DeWitt must somehow be related to Ryan, else he would have been able to operate the capsule leading to Rapture.

What do you think, a simple mistake by the devs or a at least plausible theory?

The ending was amazing. Probably the best ending of any game I have played.

Only thing I am wondering is how killing the Booker from the game stops the real Booker from that universe. I mean, when Robert Lutece came into the Comstock universe, he didn't "merge" or "take over" Rosalind Lutece already there, they both existed. All those other Elizabeth's came into this one universe and all existed. Unless they found some way to take Booker back and actually place him in the real Booker, but that isn't explained.

Shamelessly stolen from a comment on http://www.forbes.com/sites/insertcoin/2013/03/27/an-attempt-to-understand-bioshock-infinites-brilliant-and-bizarre-ending/ (Page 2 of the comments)

"I’m going to try to explain why it could be that Booker’s death does kill every iteration of Booker/Comstock, but this comment is probably going to have to be kind of long to do it.

The key to understand is that not every universe you and I can imagine is possible (and at the same time not every universe that is incomprehensible to us is impossible). This is because human brains did not evolve to simulate and understand the universe at its fundamental basics, but instead on the level that we interact with it. We interact in a world filled with things like air, dirt, rocks, people, etc, but in a sense those are all just useful illusions we use. In reality all of them are made up of various configurations of quarks and leptons. However, understanding reality on that level takes A LOT of computing power. Even if one of our early ancestors might have understood reality at that level, the amount of time they would have spent trying to calculate out quadrillions of quark/lepton arrangements to figure out the world around them would have assuredly meant they would have been tiger food or starved to death trying to tell the food quark combinations apart from the not food quark combinations. So we have a bunch of surface rules and understandings of the universe which allow us to survive long enough to reproduce. Our imaginations run on the rules which have let our ancestors reproduce up to this point, not the rules which reality actually runs on.

To examine this, let’s think about what old Elizabeth told Booker about beating Songbird. She has seen all the possible worlds, and in no possible world can Booker defeat Songbird and take Elizabeth away to live happily ever after in Paris. This is not invoking the rules our imagination works under. We can imagine Booker getting a big enough gun, a lucky enough shot, or just destroying any Songbird calling machine on an airship he takes Elizabeth away in. But those universes are not possible in the deepest rules of this universe. Anytime Booker tried one of those strategies it would fail for some reason or another because otherwise the universe enters into a contradiction on it’s most fundamental levels and ceases to exist.

Which is exactly the issue that leads to Booker always in all worlds drowning in that river. In every world in which he somehow avoids drowning he creates a contradiction in the most basic laws of the universe, which will force him to return and kill himself properly.

At the level of human understanding we happen to be calling that contradiction Elizabeth. She is the universal equivalent of a divide by zero error.

What we play through in Bioshock Infinite is actually not a possible world in the deepest possible sense. Elizabeth can do impossible things because in fact she IS impossible to begin with. She is the correction that ensures that every universe fails to make the departure from what is actually possible as represented by Booker’s failure to die. Every world she exists in will lead her to getting Booker back to that point until he makes the right decision.

Of course, this description is at the level of human understanding and what is really happening is an arrangement of quarks self-destructing. But that shouldn’t take away from the wonder of this story. Indeed what Bioshock Infinite really is is a Greek tragedy on the scale of the multiverse! In those old Greek tragedies the hero would met his end through his personal tragic flaw. It wasn’t necessarily good or bad that this end was met, simply necessary. All the infinity of universes with Booker, Elizabeth, Comstock, and Columbia, all the infinity of combinations of particles and rules, is our Greek hero. And they were all both brought into existence and simultaneously extinguished by their fatal flaw of Booker’s choice on that day of baptism. This flaw, this tiniest grouping of particles undergoing a tiny change in their position, changes drastically and forever an infinite number of universes and forces them into a gigantic act of self-destruction.

So to sum up, yes Booker will always choose to drown in that river with the same inevitability that that which cannot, exist will not exist."

I couldn't sleep once beating the game because I just had to figure out what the ending meant and that's what I loved about the story is that it lets you fill it out.

Interesting suggestion, I was thinking of a third timeline which would be explored in the DLC (see above) along these lines. After how careful they were with everything else, it seems unlikely they'd omit something as obvious as the DNA requirement.

I also present this, which adds weight to this theory (this poster is all over the place in the original game): 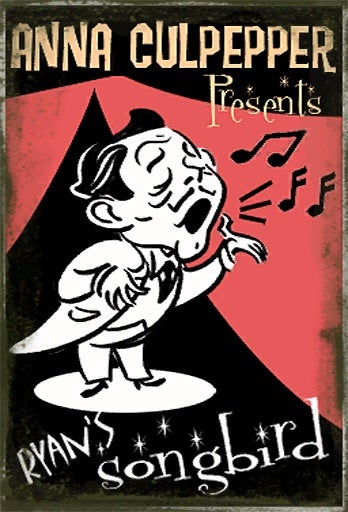 A thing about the ending though is that killing Booker/Comstock wasn't necessary. I mean they could have gone back before Booker went to wounded knee and break his legs so he wouldn't have to live the traumatic experience.

Also, if its Elizabeth drowing Booker and him dying prevent her from ever been born then she couldn't drown him in the first place... multi-verses can be confusing.

Site note: Anyone else feel sorry for Songbird when he was drowning?

Another question: does sparing or killing Cornelius Slate change anything? How about the choice of necklace for Elizabeth?

Apparantly the necklace changes between timelines, but I don't know if that's the case. Killing Slate...I dunno. I killed him so maybe if you don't he appears later?

He appears later in a cell in the Police Station during your mission to get Vox Populi some arms, beaten into a coma. When you decide to spare him in the museum Bokker explains he wouldn't do it out of mercy, since the police would get him anyways. He was right.

If you shoot him in the Police Station Elizabeth says something along the lines of "I guess this was his wish anyways. You were right, Booker. Letting him live was no mercy at all."

Yeah, the way Elizabeth tries to comfort Sonbird during its death really got me...