How will this battle end (Dec 30th-Jun 7th, vgchartz)? 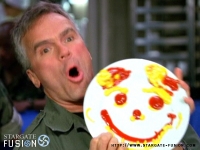 You should add "Cumulative Sales Difference" :)

@ArmGunar: I can do that!

PS3 almost tripled WiiU sales this week. pezus you might be wrong, ps3 might do more than just double if things keep going this way 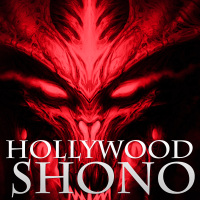 The Playstation 3 has a very strong list of games forthcoming, the strongest one being The Last of Us.  Ni No Kuni Wrath of the White Witch is a very strong buy that just got released last week.

God of War:  Ascension, if it's anything like the third God of War 3, will draw huge numbers.

MLB 13 The Show, decent draw, not groundbreaking but baseball is always a decent sell.

Sly Cooper Thieves In Time, should draw better than the latest Ratchet and Clank, time will tell.

Now, what will sell the Wii U

Monster Hunter 3 Ultimate, especially in Japan, will draw huge numbers for the Wii U.   Rayman Legends will also be a good buy, and probably more popular in the US.   They are also getting a version of Need for Speed Most Wanted, which seems to prove successful even on the Vita.

New Super Mario Bros U, let's face it, everyone goes nuts over the Mario games, it's what is the flagship to the console.

Zombi U, a unique zombie experience, will sell consoles, especially deeper into the Wii U cycle, unless Dead Island Riptide gains a Wii U port.

Call of Duty Black Ops II, if it gets the support of DLC, might pick up sales, although paying for the same game, 95% of people already have on either the PS3, or Xbox 360 is a tough draw.   See how things pan out on Modern Warfare 4/new Call of Duty IP if the Wii U is successful.   The fact that local 2 player Zombies or multiplayer, give you full screen on BOTH the gamepad and the TV, was a deciding factor for me to buy a Wii U.

Tekken Tag Tournament 2 would be a better buy for me, if they didn't gut the customization of music.   There is practically ZERO music support for changing the music.   You can't even hook up a flash drive to the Wii U because it will want to format it.   Nintendo should've made a device that will allow you to play music off your Wii U, or added in a music player, they missed this one badly.   Unless you want to play Tekken Tag Tournament 2 on a device that's NOT a TV, there is no reason NOT to buy this on PS3 or Xbox 360.

Just Dance 4 is a popular series, a no brainer to have it on Wii U, IF you don't already have it for the Wii, unless they added in extra features(DJMix Technica Tune for the Vita anyone?)

Nintendoland is a packin with the Deluxe Edition, either you like it or hate it, more people like it, but let's face it, people that actually care about the system, will see that even without Nintendoland, anyone that buys the standard system is an idiot, ESPECIALLY if you go to the digital download route and get $5 with every $50 spent, as well as 24GB of extra internal storage, a free charging dock and cradle both totaling in at $40 to buy separately.

I have not played Batman Arkham City, Mass Effect 3, NBA 2k 13, Ninja Gaiden 3 Razor's Edge, 007 Legends, FIFA 13, Madden 13, Darksiders 2, or Mass Effect 3, but these are some solid launch titles/ports meant to get people to buy consoles until more games get released.

Nintendo has the opportunity to make a HUGE jump on the competition.   While the Playstation Vita is really good, Sony missed the ball with Remote play and PS3 compatibility.   However, the technology on the PS3 is old, the technology on the Wii U is fresh, and they were able to incorporate it into the new system, for all we know, PS4 might allow this in a lesser form, but chances are they will have to do the same thing as the PSP 1000, and increase the RAM to 2-4GB, or whatever 1/4 of the PS4 will be(4k resolution versus half of 1080p)

If Xbox was smart, they would allow cross play with some PC games, especially on laptops