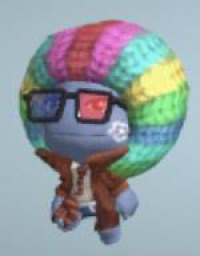 as for America, both vita and ps3 adjusted 40k each.

so Sony announces 525k PS3 and 160k Vita for the week in NA or US (some news sites report NA, some US - gamesindustry.biz does the later, so I guess it's either US or US+Can as these have pretty good NPD tracking ), yet vgc adjusts their numbers to 448k and 136k NA ..

yeah would be great to get a statement for that logic behind this fix now. i mean, does vgchartz believe sony's data is wrong (normally all companies post npd numbers so i wonder why they always have the numbers without npd after black friday) or is vgchartz just crazy? they fix it after the press release and not to what sony said, i really don't get it.

and @the guy who compared vgc with ms numbers, that difference should come from the 24th which ms didn't count

It's the busiest week of the year in the US with massive spikes due to special offers making accurate predictions extremely difficult. Stop whining about the numbers which at the end of the day are estimates, they will be adjusted as they always have been. You cannot just take a press release from Sony and input their numbers into the database, they need to understand where their algorithms have gone wrong then recalculate based on the new data.

Once they have been updated that still doesn't mean they're set in stone as they likely will be revised again over the coming weeks and usually again in January as we get PR from Sony, Nintendo and Microsoft post the holidays. These will get further adjusted again when the Q4 and Q1 figures are released also.

In summary stop whinging about bias and all the other garbage and try considering why they got the figures "wrong" if you must discuss the disparity. Is it due to the new model that has thrown the model off, is it some extremely good offers, has the Wii U shortages meant the PS3 picked up some overspill sales. The figures will be updated to reflect the Sony press release eventually so if you must speculate then try to understand how the estimates could be inaccurate.

As for the sales it seems everyone did great for the week, PS Vita numbers obviously excluded but they're not much more doom and gloom than any other week of the year.

I expect we'll see PS3 adjust up to around 600k in the US and 360 up a bit in Europe too as I don't buy the 2:1 PS3 advantage there at this time of year given the release of both BLOPS2 and Halo 4 recently.

Okay, so, even after official numbers, VGChartz is undertracking? What's the logic behind it?