Is the Wii U truly next gen? (Tech wise)

Is Nintendo making it? No, they are funding its production. They also did that with Rare, didn't they? Nintendo on its own is a family oriented gaming company. I highly doubt that Miyamoto would disagree as well. Nintendo as a first party is aimed at children and families. They want you to game on the couch with your parents and grandparents or friends together. Nintendo may have won whats left of this gen, but they want the interest that was never focused on the Wii and that was the core games that was basically everywhere else. They want the multiplayer, and high budget games associated with them as well. Nintendos worst selling consoles always come as consequence to trying to gain the core by themselves. N64? GC? Exactly. 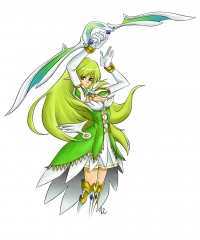 The way I see it, WiiU is Nintendo's second hardware in the same generation. It's like they re-released Gamecube hardware as 'Wii' and extended that generation. Now they are catching up HD consoles with WiiU.

A lot better than the "durr because 8 comes after 7" posts that completely fail to understand what the OP is asking. 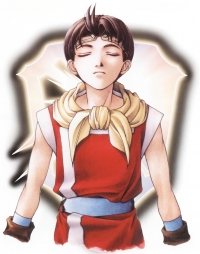 It's next gen because of the time-frame of the consoles release, it's the next console cycle. Simple as that. Has nothing to do with price, power of graphics or anything about the system itself.

How much eDRAM? 32MB is the most likely quantity given the strong suggestions made by multiple sources. The allocation is likely up to the developer.

We also know that it consumes 33 watts of power when running a game.

So yes a 33W console with small die sizes and tiny memory bandwidth isn't a graphical behemoth. Every number which has come out has not pointed to the Wii U being a powerful console even compared to the ancient PS3 and Xbox 360.

this is nintendo's new home consoles, thus next generation.

I will withhold final judgement until I play it. But it seems very much like the DreamCast. Where it's a nice upgrade, but may be surpassed rather quickly in a year or two. Although, it was finances, not quality, that stopped the Dreamcast. If Sega had been making more money it might still be making consoles (and we might not have the Xbox.)

I think much of the distraction have to do with that nothing has blown people away - especially compared to what a decent PC can do right now. When the Wii came out it was a new way of playing. I am just not getting the same excitement with the WiiU.

I hope I and wrong and it really raises the bar. So MS and Sony really have to make something spectacular to compete with it.

I'm honored.  4 years on this site and I think this is a first for me.