I do believe your poll is broken.

I have been undecided mostly because i dislike all the choices. However, I have decided I am going to be one of those people that votes against somebody instead of for them. So i have decided to vote for Mitt Romney.

My reasons mostly stem from the early portion of Obamas term when he had a super majority in congress. The economy was in the tank and instead of working on that, he pushed for healthcare that ultimately ends up being a large tax on small businesses. He also didnt bother with bipartisan efforts during this time either.

Basically, I dont like how obama handled his term, and im not a fan of Romney, but I think it I would rather see somebody else get a chance then another term of Obama.

A little caveat here, I live in Utah so my vote doesnt actually matter. Utah will go for romney by over 70%...

Anyway, if I were American, it would still be for Gary Johnson.

But I'm leaning towards Obama of the Big Two.

Their foriegn policy is essentially the same, so since you arent american you probably wont be able to tell a difference between the two :)

Gary Johnson would have a very different foreign policy though... 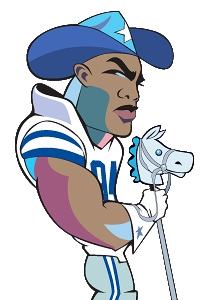 I'd love to vote for Gary Johnson (I'd prefer to write-in Ron Paul over anything) if my state allowed it (I think Oklahoma is the only state this election without a write-in or third party option).

So, instead of voting for the two headed monster (Obamney), I'll be abstaining on November 6th.

Only reason im actually voting this year is to reelect jim matheson to his house seat.  Its the only close election in my state.  Every other election is already decided, including who utah will vote for president.

I hate the electoral college system...

They do have very similar policies, yes. But Romney wants to increase military spending (not a good idea when you're trying to balance a budget).

I'll just check "somebody else". I can't vote (nor would I, if I could), I just want to see how the results are going.