The executive confirmed at the Eurogamer Expo that a price reduction is coming in 2013, but precisely when it will be introduced is "still under discussion". 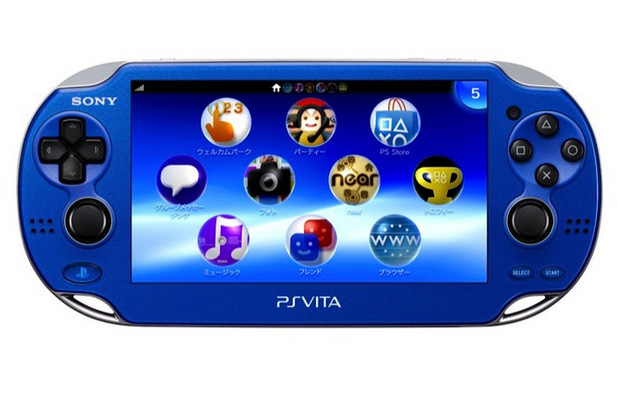 He told Eurogamer: "We always aim to establish price cuts. So the question is not so much if, but when. We won't have an across the board pricedown this Christmas. But what you will see us doing is work very hard with our retail partners to add value to the product to make it more compelling.

"We will be working that very hard over the coming weeks as more and more software arrives."

Sony Worldwide Studios boss Shuhei Yoshida previously moved to confirm that the PS Vita will not be given a price reduction in 2012.

The PlayStation brand is in an interesting period of flux right now. PlayStation Vita is failing to pick up significant momentum, but PlayStation 3 -- led by a new, hard drive-heavy model -- is slowly closing the worldwide sales gap with Xbox 360. And a slew of PlayStation-exclusive games, long the strength of the brand, are on the horizon even as Sony has significantly truncated its roster of first party studios in 2012, from 15 to 12.

I recently got the opportunity to speak with Sony’s John Koller about all of these topics and more, and SCEA’s Vice President of Hardware Marketing had plenty of interesting things to say.

On the precipice of 64 million PS3s sold worldwide, Koller admitted that the company is “very pleased with the PlayStation 3,” reiterating the company’s stance that Sony intends on staying “in the PS3 business” for “quite a long time.” Discussing fresh upcoming IP from the likes of Naughty Dog and Quantic Dream in the form of The Last of Us and Beyond: Two Souls, respectively, Koller declared that “the development spigot is very strong for the platform.”

Interestingly, Koller points at the fierce loyalty Sony has from its consumers as a reason why PlayStation 3 will continue to be successful. “When you look at the consumer for the PS3, it remains someone who’s a fairly heavily engaged gamer. There’s a lot of research showing that the PS3 consumer spends the most time of any consumer on the console. The PS3 consumer also spends a lot. They spend a lot of time and they spend a lot of money. It’s a consumer that’s very valuable. For us, we certainly regard them very highly.”

Koller also noted that while they pay attention to their primary competitor’s sales numbers in the form of Microsoft’s Xbox 360, it’s not something that dictates their decisions. “We certainly do look at [Xbox 360’s sales] numbers… From an internal standpoint, we’re very aware of what’s happening in the market and what’s happening with PS3. We pay attention. But we set out a strategy well in advance of month-to-month or week-to-week numbers that flow back in, either globally or even locally from retail accounts.”

With the new PlayStation 3 on the market, I inquired with Koller if he was afraid of some consumer confusion. After all, adding multiple new SKUs is one thing, but making them more expensive than what was already out is another thing entirely. “As far as customer confusion, we haven’t seen that. What we have done is try to educate based on not only the design of the new chassis, but also the size of the new hard drive. That’s becoming increasingly important. We see both new consumers coming to our platform as well as existing consumers that have purchased a second one. They’re starting to tap out the amount of digital space they have.”

Koller also refused to talk about PlayStation 3’s successor when asked if PS3 and the next PlayStation will live side by side on the market.

The conversation turned to the PlayStation Vita, to which I pressed Koller bluntly on its poor sales, and what seems to be an insistence from Sony that Vita is doing just fine contrary to evidence suggesting otherwise. “It’s selling on target, so everything that you’ve heard from our execs is true,” he said. “We certainly entered the next-gen version of the dedicated handheld market with eyes wide open. We knew that this is a very challenging market. There’s certainly competition from tablets and mobile and other things that provides a challenge to the entire dedicated handheld market, not just something that we would enter.”

“But we did then and we do now feel very confident and very bullish on the platform, for a variety of reasons. First is, again, going to what I mentioned on the console side, the content. The content coming to Vita, not only this holiday… [but] what we’re seeing over the next few years for Vita keeps that development spigot hot.”

One of the major strengths of PlayStation Vita, according to Koller, is how ubiquitous the user base is with that of PS3’s most hardcore players. “We haven’t gone into the numbers publicly,” Koller admitted, “but I can tell you that a significant majority, as in most, of the Vita consumers are also PS3 owners. When we look at that, those are people we know very well. That’s a PlayStation Nation consumer who tends to be a loyalist. They buy multiple platforms from us. So we know their purchase behavior. We know the games they like. We know what makes them tick.”

At this point, discussion of the PS3’s ecosystem crossing over with the Vita’s came up. I often argue that Vita and PS3 are crossing over too much, removing reasons for folks to pick one up if they already own a PS3. “We try to keep unique experiences on each,” Koller said, later noting that “we did certainly have issues during the PSP years when we had the exact same games on both console and handheld. That’s something that’s a difficult thing for us. It’s difficult for a gamer to wrap their head around. If they think, ‘the only difference is when I’m taking this game on the road,’ that’s not the difference in platforms.”

Koller brought up Assassin’s Creed III’s upcoming launch on PS3 side-by-side with a totally different game in the form of Liberation on the Vita as the desired future of content for both platforms. “That’s what we drive towards. When you look at games that are coming up, we try to offer unique experiences between the two platforms. Usually, we’re successful in that.”

The conversation turned to Sony’s vaunted cross-buy program, which gives consumers a free copy of the Vita iteration of a game when purchasing the PS3 version. The critically-acclaimed PSN game Sound Shapes is one such title that does it. PlayStation All-Stars Battle Royale will do it in November, and Sly Cooper: Thieves in Time will do it in February. The question is, will all first-party games and other exclusives now do it automatically?

“It’s still game-by-game,” Koller answered. “We look at it as, ‘what are the games that have the best opportunity for this?’ Certainly, this holiday season there’s going to be a lot of Vitas sold. There’s going to be a lot of opportunity for that Vita consumer to say, ‘Do I want to continue buying more games for this device?’ For us, that’s critical. Getting them to continue to experience new experiences, new ways of playing like an All-Stars, is important. That’s why we offered that. We’ll look at it case-by-case. Certainly, it’s been met very positively. That was something that we wanted to see. We wanted to see if consumers were interested, and the answer has been screamed back at us: ‘yes we are.’”

Koller also confirmed that -- like PS2 and PS3 before it -- Sony intends on supporting the PlayStation Vita for a full 10 years. “We’re in year one, so we’ll be supporting it for some time. But yeah, it does have its own 10-year life cycle. All of our platforms do… it’s a marathon, not a sprint. We expect long-term success from all our platforms.”

Even though Koller is best-known for his perspective on hardware, I couldn’t help but ask him about Sony’s software, especially in terms of the truncation of Sony’s first party roster this year from 15 studios to 12. Sony only shut down a single studio from 1994 to 2011, but three in 2012. But why? And will it affect the future of Sony exclusives?

“What we’ve tried to do is focus all of our assets and resources on that objective of putting out the best content to help move platforms,” Koller said. “Any move we make… it’s done with that in mind. It’s a focus question, and that’s what gets me most excited on the platform side. I know that we’ve got the biggest and best internal game studios in the industry. I feel great about what’s coming.”

I read an interview on Eurogamer. That man was very honest compared to most PR guys. 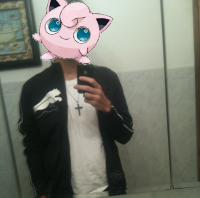 Sounds legit... But IMO handhelds should have a 5 year spam

So the thing is struggling and you come up with a "There will be a price cut, but we're not sure when", I mean WTF!?

Well that kills the sales even more until the price cut, good job Sony.

What is Sony doing? Why would consumers bite the bullet and purchase a Vita over the holidays when a price cut is on the horizon?

Meanwhile, the 3DS grows in popularity, builds up a larger install base, and attracts more and more third-party developers.

Maybe I missed something in the OP, but how is this a smart business move?

I hope Sony is successful in the future, but they sure make some head-scratching announcements.

You do not talk about the Fight Club Price Cut

Sony exec knows that, the title is misleading, while there'll be a price cut next for sure, he does not say price cut next year. But if not this year, then just in the second semester of next year? Anyone knows a price cut that happened in the first six months of the year?

I don't get how they say that the Vita is selling as expected when they cut the combined vita and psp target. I guess they had really high psp targets for Vita's launch year.