Why are people mentioning Japan in an NPD thread?

Cause at least those are good to look at. Mostly...

Its doing worse than even the PS3s rocky start, things are looking terrible

Even GameCube didn't routinely sell below 50,000 per month in the US until 2006,  Sony better hope Vita stabilizes soon, at 50,000 or more, otherwise even cutting the price by 50% might not push it significantly over 100,000 per month at this point given how bad the momentum is for the system.

PSP has been selling pretty poorly in North America for years now. Not sure why the Vita was going to suddenly change that.

The problem Sony has is they're making a handheld aimed at older male users (age 16-30+ I think it what they're going for). The problem is that demographic just doesn't want a game-only handheld over here.

I don't even think it's really a software issue, when you are selling at this level, there is something fundamentally wrong with your entire product.

The smartphone era has just obliertated whatever market there was for game handhelds here I think. Nintendo is throwing everything they can at the 3DS just to keep it treading water ($80 price cut, ambassador games, Mario Kart, SM3DL, NSMB2, some OK third party stuff (Resi Evil), XL redesign, bundles, different colors, etc. etc.).

Question: Will Sony respond to these numbers?

I don't think "treading water" accurately describes the success of the 3DS. It's doing pretty well.

3 of my friends own a 3DS, and another is planning on getting the XL. One of my friends owns a Vita, and at least two or three others have expressed an interest in owning one, if it was less expensive and had more games. We are all over 20, and in spite of the fact that most of us own iOS devices, we have very little interest in iOS games. I think the market is still here, the Vita just hasn't managed to appeal to it enough yet. 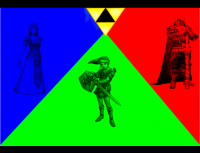