1. If it appears to me that someone did not read the rules or if someone is breaking the rules, his whole team will be punished by striping the entire team from every night action they might have.
2. A Day will last for 48 hours. This can be extended by a vote for time-extension (max. 24 hours per day). Hours during weekends will only count 1/2. This means that if a day starts at 18:00 Sunday (CEST), by 00:00 Monday (CEST) there will be 45 hours of the day left (instead of 42). Half hours will be rounded up. I will use CEST (Central European Summer Time) to determine the hours left.
3. For a time-extension at least 33% of the players will have to vote for it.
4. There will be no "NO LYNCH"s. Voting for "NO LYNCH" will force me to assume you did not read the rules, which means punishment as mentioned in 1. will be applied. There will be no warnings.
5. The day will end if one person has accumulated more than 50% of the votes. If the day ends in a draw, the one who has first reached the maximum amount of votes will be lynched, if the maximum amount was reached via "UNVOTE" the which was last unvoted will be lynched.
6. If there are no votes placed a random townie will crash and burn, power roles will be more likely to die this way.
7. Absolutely no talking during the night (night will only be declared by me)(unless your role allows it), if you post during the night in this thread, I will consider that you have not read the rules and punishment according to 1. will be applied. There will be no warnings.
8. If someone misbehaves, I will not hesitate to issue a warning, if you ignore a warning I will issue punishment according to 1.
9. Punishments are not arguable, I will consider severer punishment if someone tries to argue against/for a punishment. (striping the power roles for the rest of the game, instant lose)
10. All kinds of roleclaims will be considered a lie by me, and thus not punished in any way. (Same goes for PM-Quotation)
11. The following voting-formatings will be accepted:

Bolding the text is not a requirement, also unvoting is not necessary. Be informed that votes that are not in a seperate line will not be counted.
12. Do not post until I started the the game with a "DAY 1 START"


PMs came in the following format:

If you have any questions regarding your PM, please ask me via PM and not in the thread.

Stefl1504's hands are trembling. It has been a long time since he has been this excited, the only thing he hears inside the cockpit of his GOTEKI 45 is the soft sound of the idling AG-Engine. Soon he will be gliding with nearly 900 km/h on the Track of Sol 2, roughly one kilometre above the island of Makana. The vehicle computer tells him with a robotic voice that the race will soon start. Readying his senses, he focuses on the monitor above the scratch line. One after another the numbers of the countdown appear on the screen. The moment the starting signal appears he hits the pedal to the metal and ranks in as 4th going into the first curve of the track... 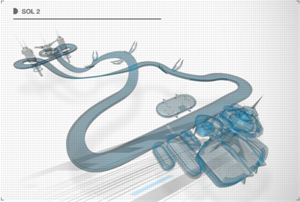 also, all PMs should be sent out, please confirm that you received it with a short answer.

It is 2 am. I have received and am checking in.

Tagging. Didn't expect it to start so soon. Should be fun to watch as audience for once.

I like the rules, promotes my kind of Mafia.

prof, why you gotta be scum man?

Linkz is scum. He is playing off what I said last game as a joke, but he only does forced humor when he is scum. Profiled.

Am I going to have to actually read what you said last game to understand what you're referring to?

Your mind is like a steel trap linkz. You know it was a big thing in the beginning of the game. Now you are trying to play it off. No need to start lying so soon Sir.