What old franchise should Nintendo revive first on the Wii U?

I know, it is AC3, a friend that works in Ubisoft confirmed to me they have the game already running on the console, no more details because of NDA. Dock for the Wii U Controller incoming?

Didn`t even think of that! In April is where they normally reveal sales expectations for the fiscal year, right?
They will probably reveal a date and price at the briefing and better explain the online plans. 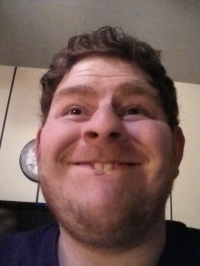 Well the Wii u was not 100% ready so we have to wait till this E3 to see what is in store for us. I hope to see some good stuff. Until then we are all just speculating as Nintendo is not one to leak or release into out to the public.

might be the first Nintendo System i own since the GameCube!
i just want it to be powerful and a nice price!

Nice! I'm so glad Nintendo is ditching the wii mote for most games. At launch it felt great but later on games used it to replace buttons instead of doing something new. I hated needing to flip it around to attack and such when buttons could do the exact same thing.

I also don't care that much for Nintendo's first party games so I hope games get ported to Vita /PS3. This would allow me to enjoy games in this unique setup and buy a WiiU only once Nintendo has say Pikmin 3, Zelda, Mario, and more actually for sale. Doubt it will happen though lol. I want it to be cheap, anything higher than 350 dollars is expensive for just a gaming machine(i dont want it to be a multimedia device with BD,DVD,CD support, with NetFlix is enought). Regarding the Wii U's power, take this with a grain of salt but a former Fench Journalist on GAF with second-hand info said the graphics fidelity on screen when the console is processing images on both the main screen and controller screen is 2x Xbox 360. He says this was mid development and that alot of graphical effects are added at the end of development so it can look better.

He also says some of the hardware components of the console are 4x- 5x 360 and that the system will have more than 1GB of RAM.