Forums - General Discussion - What Canceled TV Shows Do You Want Back On The Air...

My Name is Earl

Star Trek. Any of them. Well, not the first series again, but any other. Or a new one.
Stargate. Again, any of them.
Farscape
Battlestar Galactica
Firefly
Red Dwarf
V.... maybe. Was watchable enough, which makes it better than 95% of TV shows out there.

Yeah. To be fair, it was kinda shit. But the worst part about them cancelling it was they'd finally, FINALLY, killed off Tyler. Literally every single scene with him in it was unbearable. He almost put me off V as much as Jack 'I AM A GOD' Shephard put me off Lost.

Anyone remember 'time commanders'? They got a team of 4 members of the public and they had control of an army from a historical battle and when they made a command, you could watch the outcome on a 'age-of-empires' style animated battle, and they had to try and win the battle and if they did, they would each get a share of like £100. I loved that show... 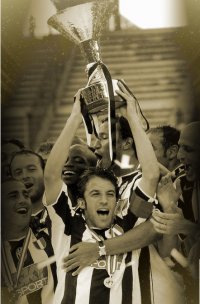 Arrested Development (Which will have 9 or 10 new episodes and a film next year, but that's not enough)
Life
Dead Like Me
Pushing Daisies
The Good Guys
Reaper
Men of a Certain Age

These are all that I can think of off the top of my head.

Boondocks Isn't cancelled btw. They though they were going to be so they went all crazy on Season 3. But they are making season four, according to aaron, this year, 2012.

Personally i would want to see a season 2 of Undergrads or some Arrested Development reincarnation.

"Rainbird: Why don't Nintendo and Microsoft Copy the Sony Blog?

Bagenome:You can't shoot things on a blog, and babies can't read, so I don't think it would suit either one's target audience."