Forums - General Discussion - Do you wonder why humanity hasn't advanced much?

Next big innovation from Humanity even if its not within our lifetime.


Your link refers to a roadable aircraft. I already said I am not talking about hybrids of aircrafts and cars. I am talking about Back to the future flying cars. You saw that movie ? 100-150 years ago our physics were flawed and incomplete today we are very good at them and with proof that our laws are correct. This particular thing: Flying Cars like Back to the future will NEVER exist because its simply not possible. Nobody will ever find a way. If we find a way we can also break the lightspeed barrier and disolve blackholes ,disintegrate Planets and be masters of time. Again I refer to limitless flying compact cars that stay effortlessly in the air. Some kind of flying car is possible but not the cool kind were you can start from the spot fly everywhere for longer then 1 Minute with moderate noise. Sure we can build a a mini harrier jet that looks like a car and flies for a few Minutes but nothing useful. Physics dont allow it or if you will GOD doesnt allow it. There are a few natural laws that just wont make it possible. Again I refer to cars like Back to the future and fifth Element with the same abilities as those cars. Not aircraft car hybrids which will never be mass market ready because they are far to cost intensive and need a pilot license. Also too loud or too big to replace real cars. Those "cars" are around for decades have you ever seen one ? I wont discuss this further unless someone shows me a credible theory how to make it possible without breaking the laws of nature. Again-> like in Back to the future.

Lol, none of this is going to happen.

Western society is going to collapse, there are not enough resources on this planet for any of the things you wrote,
governmants let immigrants who deserve nothing and are worthless get inside their countries and take their money, instead of promoting smart pepole to explore, the big corporates promote human stupidity because this way they can sell more products that nobody needs, and pepole keep on ignoring scientific facts if they don't line up with their world view and "morals".

Interesting link you got there... 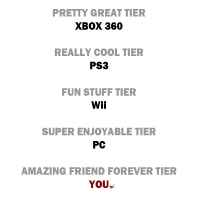 I'm not really sure I agree. I certainly seems like it, simply because they are the changes we, and our close relations, have been and are experiencing, but studying history reveals rather massive changes in technology and society in fairly short periods of time.

Perhaps will, given time, the internet be understood as no more than a natural evolution from the Gutenberg press (just to think of an example)?

of course I've seen that movie. that's my favorite trilogy of all time. Stop being such a debbie downer. I can gurantee you if somebody put there mind to it,they could find a way to come up with a credible theory to make a back to the future type car possible. Somebody could make time travel possible. If everybody thought like how you think,then nothing would get invented,there would be no break throughs in anything. I believe were there's a will,there's a way. I also don't believe in a god. I also did'nt say aircraft hybrid cars have been around for decades,I showed you a link,were people have attempted to make/design something like that since the 50's.


I am not a Debbie Downer the difference between you and me is I know some Physics. I believe someone will sometime come up with a Matrix/Holographic Projector/ Robot / Nanobots/ A Space lift/ A station on moon and mars/Terraforming/Quantum Computer.Mining Asteroids in Space/ Fusion/ Plane-Spaceship hybrids/300 year+ old humans. All this could happen in next decades/centuries. Also Time Travel into the future is already solved no problem here Time Travel into the past impossible and never will be possible. You simply dont understand the implications of flying cars on earth. The same technology that allows cars to fly on earth like seen in Back to the future allows following things too: Manipulating Gravity of Planets to make them fall apart. Destroying Singularities by manipulating the mass of blackholes. Making a Spacecraft as light as a a Photon and breaking Lightspeed barrier thus making Time Travel into the past possible. Moving around stars and the galaxy if wished. To have a flying car like Back to the future means manipulating gravity at will. And the fact its a car means its easy and cheap to do that the implications of that are we would have full control over everything. We could make own planets our abilities would be limitless. I said car/aircraft hybrids were around for decades. I never said you said it. I also think were there is a will there is a way but there are limits to that. You can jump out of an flying aircraft from 10000 feet naked with the iron will to survive but there is no way you will survive. Not everything is possible not everything can be done. Because there are rules humans and everything else has to follow. A lot can be done but not flying cars like in back to the future. I also wished for that since ever but to my disappointment I found out that a few natural laws are blocking the way. But ok. No point in discussing it any further. If you think I am a debbie Downer because I believe an impossible Technology will never exist so be it. Maybe you are lucky and UberEinstein comes along the way and finds a way to make everything possible I dont know.

I suspect that the technology needed to create a flying car exists today (look at vertical take-off jets) the problem is that we can't do so in a cost effective way, the energy required to run these cars would be extreme, there are countless safety issues we haven't addressed, and there really is no practical need for these vehicles to exist.

If you dig into the science and machines that existed in the times of the ancient Greeks they had an understanding of all of the concepts needed to build a steam engine and yet it took thousands of years for the steam engine to be created. It could be argued endlessly as to why the ancient Greeks didn't put the pieces together, but I suspect that the core reason was that there was no need for a steam engine to exist; and even if someone did come up with the idea they wouldn't have seen the value in designing it.

Yes some flying car can be made like I said. We can build a mini harrier jet. But this is not the point. The point is a useful technology like shown in Back to the future. You have to stay in air for hours. The ability to fly over things without destroying them. A mini jet would melt the pavements also no level flight were cars can fly over other cars. You would kill anyone to close under the car and its freaking loud. Imagine New York with 100000 jets flying through the streets. Also its freaking harf to fly these vertical jets they are literally death traps and hard to maneuver. Also a car would need another energy source then gas. To have enough energy to stay for a useful amount of time in the air. Nuclear is the only way to go. Even if we could do that in a car sized format. The downsides are too much for every society. Giving everyone a nuclear powered jet is kind of dumb. Also inner city traffic would be impossible. And the damages done on structures are too much also death toll would skyrocket. And a car like this would always be super expensive.

This is what the car needs to do to be Back to the future like:

This can only be achieved through manipulating gravity. Which would also enable us to do everything.

In a sense, it already is in Communication classes.

Yeah, this blog seems a bit racist sometimes, but that's usually because it's racist to do generalizations today (even if they're scientifically true).