Forums - Movies Discussion - The Simpsons May Get Canceled!!! ...

I've stopped watching this about 5/6 seasons ago, it's just become ridiculous and unfunny at all.

fox are being unreasonable as far as i am concerned, those actors have helped fox make billions of money over the years for them and fox just wants more profits from the show and doesnt wana pay the voice actors what they deserve. i hope the voice actors dont settle or accept any offer from fox, the greedy bastards.

Keep in mind that the voice actors perform a lot of roles. Dan Castallaneta, for instance, has the following roles

Or Hank Azaria, who has the following roles:

Virtually all the voices  are done by three people, and then one person does Lisa, one does the male children and one does Marge and her sisters. I doubt the last 3 of those earn 8 million, and the first 3 do practically every single voice in The Simpsons.

Judging from that, The Simpsons has Voice Actor expenses of somewhere around 50 million dollars a year (8 + 8 +8 + 4 + 4 + 4 + 14) with 8 million to each of the major three, 4 million to the ones with few roles and 14 million to all the minor roles. That really isn't that bad for a show that repeatedly is in the top 10s or 20s for the most watched show of the year worldwide.

The problem is, most likely, that any of the 3 major voice actors are practically irreplacable. You'd have to revoice 5major characters, 10 minor characters and tons of occasionally appearing characters for each one of them. They have an absolutely amazing bargaining situation. The series practically cannot go on without them.

So the only trump-card Fox has is threatening to cancel it, but that would ultimately be something Fox really doesn't want, as it's still an incredibly large (and almost definitely incredibly proftiting) show.

yes i beleive rolstoppable is misinformed. An expensive tv show costs 3-5 million an episode including all cast pay.

Simpson hasn't changed, you as people have.

Remember they sell it everywhere, rerun it forever, and that animation/scriptwriting/production is incredibly cheap. The voice acting is the only irreplacable content and thus the only part that costs millions. 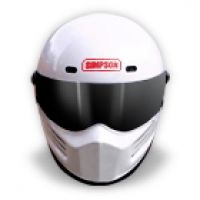 I'm fine The Simpsons coming to an end. The show has long since run it's course and I think it should try to end properly with a series finale rather than outright getting canceled with no proper conclusion.

“I want to live fully, very intensely. I would never want to live partially, suffering from illness or injury. If I ever happen to have an accident that eventually costs my life, I hope it happens in one instant.” - Ayrton Senna

friends is hardly a good example thats like using call of duty as a sales example for other games. steve carrel from the office and mathew fox from lost both made less than 250k an episode. still works out to like 3 million to 5 million a season depending on amount of episodes.