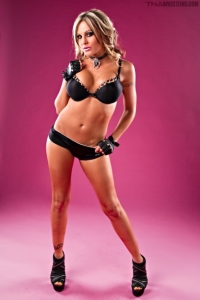 So this guy apparently knows what Nintendo's developing resources are and which platform they prioritise and that Nintendo has no other titles under development that are merely being kept secret. That's impossible so I assume this guy is either a) insane or b) a colossal jackass.

They ditched Wii for the 3DS.

Now that 3DS has somewhat failed, they will ditch it for the Wii U

Both of them... but most of the time he's right and I think he is. Just as he said, why would Nintendo cut the price this much if killer software was just around the corner? It make NO sense at all. They can't make the same mistake with the WiiU, all their efforts will be focused to create a strong lineup, but they won't have the manpower to do software for 3DS.  As he said, probably they expected big support from third parties, but with the low sales they're abandoning and just as the Wii, only Nintendo will be making decent games for a while.

Nintendo fans don't actually care about Super Mario Bros. as a game, that's a great assumption you are making there.

This is why I do not read these bloggers.

The bloggers tone tends to be a bit different than simply enjoying Super Mario Brothers. He seems to indicate that any game that doesn't sell 20 million units is a failure. He goes on tangents about how much of a failure 3D Zelda is, despite the fact that it's more successful than 2D Zelda, he still seems to go on about nothing but sales and how 2D Zelda was actually more successful. Some people certainly seem to care very much about sales. It's not bad or anything, but it's pretty obvious.

You know I'm not really sure why Maelstrom has been following Nintendo all these years.
Since all he likes is 2D stuff he should have sticked to the NES..........

Reminds me of one of those CAD engineers that are used to their 2D AutoCad and won't ever migrate to 3D..........

This, actually, after the Zelda, the Mario, the ? hit and the Smash Bros (That is actually multiplat) WiiU might become the damaged one.

This, to add to that some people like Malstrom claims to not like the direction games went after SNES, but some people like him will still bitch and cry that they didnt get X HD game for Wii that is the type of game they have been avoiding all these years??? THat makes no sense, if you didnt care about those games during the PS1  /2 era, why so hot for them now???  Leads me to believe that it wasnt the direction games went, some people couldnt stand to see NInty not on top