Crysis 2 is a good looking game, but thats about it, I'm sorry but the reason it's so good looking is because thats all the devs worked on, on Killzone 3 they mentioned adding a new melee combat system 3D and move controls on top of improving the graphics on killzone 2, so yeah when you devote everything to graphics it looks good but it doesn't make it a good game or on par with games that look good but do more

I dont know... They look average to me... Crysis 1 looked much better.

Its up there with the best of the 360 titles though for sure.

The main thing is that it looks fun and its probably going to be a MUST BUY game.

Thanks for posting new vids while Ive been asleep guys.

The game looks amazing on consoles. They have actually pulled it off. (IMO) No game has got areas near the size of Crysis 2 levels. Not close. This is an amzing feat technically.

after the voices crying about the multiplayer I was gonna give this a miss but seeing the single player.. think I'm gonna pick this up

Chances are the PC version had specs that the consoles could only dream of at the time. And probably still do to this day. When you use more powerful hardware, it's only natural that things will look better 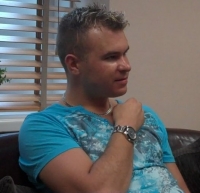 It's rendered with in realtime on the in game engine. That being the case it makes no difference if it's controllable or not.

even though I am not the pixel-counting guy, this looks just awesome.

Can't believe the console this runs on is in its 6th year.

I think we might see a new graphical monster with Kingdoms.

Looks good, but the guy playing is rubbish

Not trying to be mean but you have no idea what you're talking about.

1. The Melee system is not a "system" as you believe it is. It consists of 5 pre-rendered animations that takes no time to implement to the game. Its not some amazing process that takes crazy algorithims to figure out.

"How do we know this for sure? We have played through roughly 90% of the game in 3D on the 360. Our review won’t be up until Tuesday, but for now we just wanted to share how this may just be the best 3D tech we’ve seen on any game. Yes, the 3D requires a compatible TV, but surprisingly it doesn’t require those expensive active-shutter glasses. We wore crummy-old plastic polarized glasses, and after a comparison assessment, we think Crysis 2’s 3D is miles ahead of Killzone 3’s – even with Killzone using those fancy-pants active-shutter glasses. With Killzone we noticed some significant jaggies that don’t seem to synch well with the 3D, as well as some not-insignificant ghostly double images around much of the environment. It also hurt our eyes something fierce."

3. Move controls don't take a long time to map out. I'm not going to go into detail about this you can look it up yourself. It also doesn't affect the visuals in any manner whatsoever. None of the game's visual artists have anything to do with Move.

Edit: I also forgot, Crysis 2 also has "brutal melees." Neck breaking, throat stabbing and a couple others. Watch some gameplay.