Good to see im not insane, their are even some crazier predictions than I would have thought of. Do 5 mil??? Thats nuts. Wouldnt mind seeing that

There are two more fightning games coming to 3DS and DoA has plenty attention too.

Also that genre isn't too strong on portables or well suited to them.

@Zlejedi  they could be, they've just never really tried b4, especially on Ninty portables. Tekken Dark Ressurection did more than a mil on PSP. It was a damn port with two extra characters thrown in with some bowling and it managed to sell that well on PSP!!! Anything is possible. Dont rule out fighters yet

Street Fighter 2 used to be an extremely arcadey casual game back in the SNES days, remember playing it when i was a kid and it was lots of fun for me and my sister (none of us ended up being hardcore gamers anyway) Street Fighter 4 is almsot as arcadey as SF2 but it ended up being in the two hardcorest consoles out there (the PC port sucked anyway) so.. i think SF4 has a chance of reaching SF2 numbers in the 3DS

I have played SF4 with my  cousins, my sister and even some of my uncles its pretty easy for everyone to jump and qutie hard to master (almost too hard lol)

-Its a portable and the succesor of the DS


Nintendo is the best videogames company ever!

It's chances just got better

I think Nintendo is really going to push this title.

I highly regard this as possible and very much probable 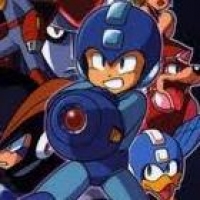 Considering the sales, I see this as a possibility, at least individually. I'm expecting two million tops from this version alone, which is enough to topple both HD versions. Combined with other factors mentioned by other people and we can have a launch blockbuster occurring right in our faces.

And remember, this is suppose to be at least 80% of what can be done on the 3DS (See this article at http://ds.ign.com/articles/114/1146225p1.html here for more information). So no surprise the game is getting so much hype.

Yesh I get my prediction recognized. You will see in a few years that I am not crazy ^_^