Forums - Sony Discussion - My PS3 is collecting to much dust!

We all know that the PS3 is the most powerful and the most complex console in the market. The problem is, its a dust collector, and at any second I could get the YLOD!!!!! I ain't opening such a complex console to finally play games on it.

I ask my friends about this worrying problem and he gave me a list of games and told me to pirate them. I told him "I'll never pirate you pirate!" and he told me, " but its so easy,you have to learn how to hack it though, here, have a look at this video" He gave me the video and I got this.

If you didn't look at the video because you don't trust me, he gave me a video about a strange man dancing. I mean, yeah, Its great to see a good dancer once in a while, but that doesn't solve the problem. I don't know what to do with the dust I have in my ps3 >:l

Use a hand held vacuum cleaner on the little vents there, (its a phat, right ?) test it out a little and trade it in if you aren't playing any games in it. But that would mean you're a horrible person.

Man my PS3 is catching dust too. Although I still use it for BluRays and I have thought about trying GoW out. But if your like me just use your Wii and 360 they are good enough. If your not using your PS3 trade it in get a console you will play! 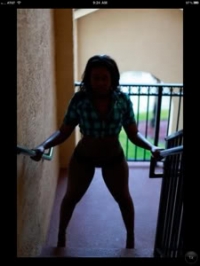 have PS3 and Wii....and Wii is collecting dust......i voted that you should be banned and you are a idiot to say the least

do the fan test thingy to blowout the dust from within. I thin k it was hold eject then press on?

I was at a frat party recently and a bunch of Xbox fanboys took a crap and put it on some poor kid's PS3.  So at least nobody has taken a crap on your PS3 yet.

Whats with all these signatures with boobs?

The more important question, is what's with all these signatures without boobs!

What, you don't keep your consoles inside a dedicated fridge, and only play downloadable games, cause opening the door could introduce dust into the environment!