I don't think anyone really doubts that digital distribution will be the future, but Microsoft wasn't right, as they predicted it to have occured 1, to 2 years ago and it is still a long ways off.  http://www.mcvuk.com/news/30085/Microsoft-Forget-HD-DVD-the-future-is-digital-distribution 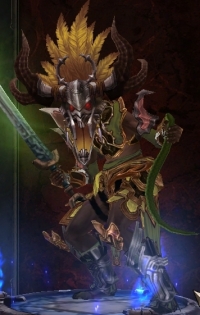 I like having my movies on my hard drive - I don't have to get up and sort through my physical library and load a disc. And the difference between a Blu-ray and a 1080p digital movie is negligible as far as me and my wife are concerned when it comes to the majority of movies. Only special-effect heavy movies like Avatar do I buy a blu-ray disc.

You can have both.  I buy a lot of Blu-ray discs but then I rip them and store them on my media server because I love having everything within a few clicks.

Using Media Browser and Windows 7 Media Center I have my entire collection stored on a few 2TB drives and can access  everything within seconds by just flipping through the covers.  I can also browse by title, actor, genre, year etc.

Give me a download option where I have the actual file on my drive and you can completely get rid of the discs as far as I'm concerned.  This is the case right now with mp3s and I see movies going the same way.

No, I bought lots of TV shows, movies and music digitaly and spent 90 bucks to back it up with an external hard drive. Lost it all, even the external hard drive broke. Lost $100s of dollars so I will never support digital downloads that require you to spend money to back up the files.       I think others will not want to support something that is so easily destroyed. I will only support digitally distributed music.

nah i dont think hard disk will ever die. Yh digital is great but on the basis of current internet etc donloading lets say a 3d film wpould take a looooong time. Unlike a blu-ray which has everything ready set GO! 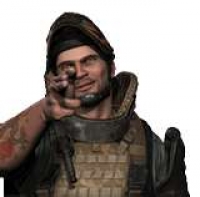 It will one day, its just the natural progession of technology, it will take a lot longer than other things that have been replaced because there is no hard copy, but the simple fact that it is already gaining a lot of market share shows that people are really getting into it

See this, this right here confuses me.

Any distribution service worth their salt will allow you to re-download your purchases over and over again. I know because I have several times with both itunes and the Xbox live marketplace.

However, I have misplaced and ruined several game DVD's in my time, and was generally considered SOL unless I wanted to buy another copy of the game.

I also think that people are less and less concerned about 'actually having the product in my hand'. It's a silly notion to begin with, unless you somehow believe that the internet is going to implode on itself in a fiery mass of e-flame. Honestly, if for some reason I can never again connect to Xbox live to re-download my game, then I probably have bigger things to worry about.

I don't think physical media will ever disappear.  I think people will always be split about 50/50 on what they prefer.  Just look at CD's.  They have been around since the 80's and they continue to make enough off of them to warrant releasing more.  Movies will be no different.  The physical media will evolve until there is no more benefit in making it better (i.e. the picture quality and sound can no longer get better), then it will stay around for a long long time.

Honestly, I think MS was hoping digital downloads would take over so they wouldn't have to either pay a licensing fee for Blu-ray or not have to create their own HD format to avoid those same fees.

uhhh... so they were kinda right after they were completely wrong with hd-dvd?

But like the movies/games/music or series I love I'd always buy the box with manual. Pdf isn't the same.
Can't necessarily say I'm typical though.