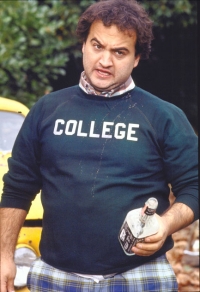 I can't believe the Wii's prediction average is higher than 360's. I don't see the Wii coming first unless it drops to $150

Sony will likely give the GT5 release date with their quarterly reports on the 29th.

I have to say, most predictions in the OP suck. Most of you have Wii not even having one 1 million selling week, when it had 5 last year?

I might give you my handheld and 360 predictions soon though

But for PSwii I need release dates for those games

Err maybe because the Wii is like 50% down year on year? You could disagree and do a prediction where it beats all of it's previous years.

I just don't see the point of having thirty similar predictions specially when holidays are always so... unpredictable.

Varied predictions are nice yeah, but I mean it's unfathomable Wii will be down THAT much. It nearly did 2 mill in 1 week last year ..

I think the Wii has a chance for a 1 million(plus sign) week, but I am think it will fall short (unless there is a price cut or something)

I do still think it will perform slightly better than the PS3 and 360 though, but I suspect by the end of January it will fall below them again (though that period isn't covered in the 10 week countdown anyway)

Edited the current entrants into the 2nd post, I will post them here too.... still a bit of a dissapointing turnout, I know some are waiting for GT5 date but you are allowed to edit them up to next Monday night (possibly Tuesday).

spam peoples walls about the competition!