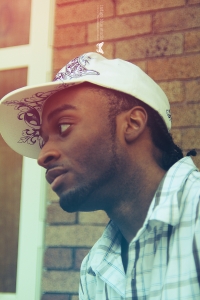 I got two moves, two naivs and cam, sports champs and RE5 Move ed.  Just by trading some games in. mostly nintendo games.

it has plenty games!

Wow, how is this thread still open? (Mods must be asleep, everyone post sinks?)

Anyway, the Move clearly has games, it has some very good ones infact. However, what it does not have is a game that will force people to buy move. People bought a Wii just for Wii Sports, and later on they bought it for other games.

I got it day one (Two MC and a Nav), plus Sports Champions and I can't put it down.  I love that I can play in the dark as well and last night made my way to the kitchen to make a cuppa with the lights out and it was a great torch :P No lie :P You have to try Sports Champion and the Dueling - it's great!

as soon as I get a job, I'm getting one. Playing RE5:ME for some reason made me want one really bad eventhough I was playing without the Move. I just need someone to give me a job ¬_¬

PS One/2/p/3slim/Vita owner. I survived the Apocalyps3/Collaps3 and all I got was this lousy signature.

haha i was multi-tasking as well, making tea whilst holding my wand it seems to go everywhere with me

and i agree about sports champions,it is very awesome

Im sure the game train will pull up at the delay station eventually.

P.S. I think the early morning train has already come and gone, did you miss it?

Man I cant stop playing. And yes I used it a torch too :D

As much as I love the Move, there is some truth to it: Move's launch lineup could have been bigger.

When I bought Move in my favourite game shop, I looked for the games and could only discover these:

- Sports Champions, which is of course a great game

- Kung Fu Riders, which is said to be complete rubbish

- EyePet Move Edition, which very few people will be interested in because it's a game for children

- Start the Party, which seems to be only mediocre

Sure, there are more Move games on PSN, but when you walk into a store to buy Move, you will only see the disc-based games and it will seem like Move has no games - especially in the USA I guess, where Sports Champions already comes bundled with the starter pack.

So in my opinion it's true, the launch lineup was rather weak, the best Move games were not ready at launch and are yet to come.

PS1, PS2, PSP and PS3 all had pretty much only shovelware at launch. It has never stopped Sony before, why would it now?