Heres some nice gameplay video with one boss from the trailer and 2 challenging mini boss encounter at the end (start the video at 2:40 for the more interesting part )     >

I'll try to get better videos later on the thread

I was gonna steal one of the sigs but it felt weird steeling from myself roflrofl - - - so I made a new one for myself n_n - you like? this'll be my new sig till the game releases :)

Bloody good stuff you here, mate! The sigs are wicked, all of them!

Does anyone remember when CVG declared at the start of the week that they were going to have a week long sequence of new Metroid: Other M videos? Those videos seem to have disappeared off the face of the earth, or at least off the face of CVG. Check it out...

The embedded video redirects a 404 to CVG's homepage, and i can't find it on CVG at all. 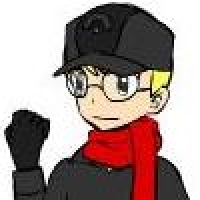 Pretty sure this is the first game I've preordered since Dragon Quest VIII - Metroid's my favorite Nintendo series. (Yes, this means I should've perordered Prime 3 or at least Trilogy, but I didn't get a Wii til after Trilogy's release.)

Marking this to mark my anticipation and enthusiasm.

in the Nintendo Power June issue, Sakamoto was asked if Zero Suit Samus will be playable

his Response was : ''It’s a little hard to say right now, but if it’s something people want, then there may be the possibility for that.''

Sorry I can't post the scan but you can go here : http://www.nintendoeverything.com/39646/ 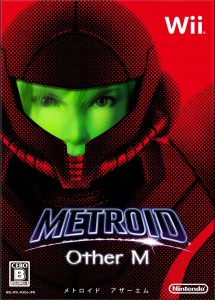 What do you think about it ?

Cant see the Box Art ? Heres a Link 4 u :http://www.vooks.net/images/red_metroidotherm.jpg

Now that's a neat find. Good work. I imagine nothing will come of it, though, as we know from the Nintendo Channel videos that Sakamoto was opposed to putting too much ZSS into the game, because D-Rockets was pushing for more (them being a Japanese animation studio and all, its highly understandable :/).

Something akin to the second playthrough in WindWaker wouldn't be too hard to do, where Link played the whole game in his jammies that he wore before he got his trademark tunic. You could have the suit simply be invisible, but Samus still shoots and stuff.

Already preorded from Amazon to take advantage of $20 gift card deal. :) That will help pay for Conduit 2 or COD:BO.

thats not a big problem  cuz in zero mission when u control Zero Suit,Samus crouches instead of usin the morphball but yeah like you said Sakamoto probably wont put ZSS as playable in the storyline.Thats why I said as unlockable extra,she could shoot with her paralyser and have the same upgrades as her beam cannon.

sakamoto says he wants Other M to be the ultimate Metroid, For me any Ultimate game needs unlockables for replay values.I still will probably replay other m many times but that it would be fun to play as ZSS or even better as the young Samus (in a flash back mission or something like that)