I think it's funny what people are reading into this comment.  Have a think about the market at present and what is dominating.

It's the Nintendo Wii in home consoles and this isn't winning due to graphics as we all know.  Ok so where am i going with this?  Well Nintendo isn't going to release a Wii HD because they know there fans arn't playing there games for the graphics, and Nintendo has said they will not release a new console until it has significant game changing improvement.

Now lets look at Xbox, they have Natal coming out and want to see how this will do before they even think about creating a new system.  Same really goes for Sony, they will be watching what happens with Move and Natal.

I think they will all be watching to see the impact of 3D as well.

So we can expect atleast a few more years of the current gen if you ask me, and also don't expect the next gen consoles to be souped up ps3's and xbox 360's.  The market has shown that this is not what they want.

Well, for you it seems that these 2 things are almost the same, but I don't really want to argue about copying right now because it would derail the thread.

But you probably know how comments like the one I mentioned above are usually meant, or better... which kind of people write things like that. It's mostly fanboys who want to be funny, that's why I said that.

blah blah blah , you sound like a broken record with the " Sony don't innovate"
i remember you saying you hate when people give me history lessons, now don't tell me you see dance central and those other kenict games as "Innovative" or see the Zune as something compeletly original.

its called competition and developement, you should understand how stuff works in real life, no one "innovates" .

Whatever it takes to make a better console at a lower price. Just don't make us wait 2 years after Xbox and Wii get their next gen releases 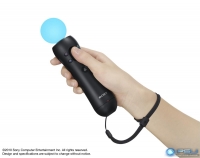 ps4 will be an upgrade similar to gc-wii, that is my prediction that way I honestly think sony can get back on top again, ps3 will eventually grab second, but it will not pass the wii, just too many things have happened, also why are 360 and ps3 fans fighting, wii rules all in sales lol, so funny, especially twesterms hypocrisy no where have i seen natal before... hmmm ps2 days eyetoy, gotcha, fact every company copies and improves that is how the induftry works, atari invented the first motion controller so all follwing companies are all guilty of copying!! Lol

When Sony, Nintendo, and MS launch there next consoles is going to be based on how Move and Kinect perform. I can't see either add  on succeeding personally. Both Sony and MS are banking on motion controlled add ons to extend the life cycles of their currents consoles. So in other words will be getting Nextbox and PS4 rumblings at next E3.

Guarantee this will be ignored, but yes agreed.

Lol ok right so Sonys the only company to do that right. Like Nintendo didn't look at Atari back in the 1970s and say hey we want in on what they've got there right and Microsoft didn't magically enter the consol market last gen either, no they've always been here right. Infact Sony never released a peripheral for the PS2 that looked like a camera and could track your movements. Nah Microsoft is the only company to have that sort of technology because they are so innovative.

I mean screw Sony. If Sony never entered the consol market it would have been a much beter place because all they did was copy every other company out there.

make the launch price more affordable and it won't matter, they didn't get behind this gen cuz they launched late , thinking so is just stupid

and the amount of trolling/flame baiting in this thread is crazy....funny if the same happened in a ninty forum everyone will get banned, double standards

I know.. no matters what the case is , Sony well be just a copycat , even if they're the ones who invented and developed the DVD ( along side with Philips, Toshiba, and Time Warner for that matter) and the first ones to demonstrate an optical digital audio disc as a spin-off of laserdisc tech 3 years before any other company , and let alone the blue-ray , HDMI , CELL processor (?) , 3D ( bu bu but the Virtual Boy did it ... I'm talking about the real advanced technology ).

" This is from my other post ,,, OH there are hundreds of these people in here "