Forums - Nintendo Discussion - Do you want a 3DS now?

Nope.  I would get one if it had dual analog sticks, but having only one just reminds me of why I sold my PSP.

If developer support is particularly strong (and that looks to be the case), I'll consider it once I see some games that catch my eye.

I'm buying 3. One for me, one for my sister, one for my brother. I am sold. Ocarina of Time 3D = handheld of the decade. Who cares about motion controls anymore? We have 3D no glasses! 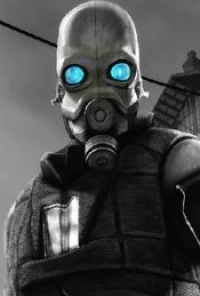 I really didn't care for the idea, but E3 really sold this to me. I will be buying this. With such an incredible lineup, it is an insta-buy. Get your own Gamercard Sig.

You need another option for price. I am unwilling to shell out $200 for a handheld really. I'd like to have one, but they have to price it reasonably. I am not going to pay the same for a hand-held that I would for a home console. Not until I see sufficient evidence that games get equal treatment rather than hand-helds getting much shorter games.

HELL YES! I need me some Pilot Wings, Mario Kart, and Zelda OOT in 3D!

I bet even Bungie is interested in developing a game for this.  Hell yeah, I'm already saving up for this.

I want one so bad though! XD

i can't beleive they put Paper Mario on it! it's a console series for goodness sake, Mario & Luigi is the handheld series!! D:

i just saw a whole bunch of screens of 3DS games, it's getting so much 3rd party support it's sickening. it's getting a KH, a Metal Gear, an Assassin's Creed, a Resi Evil game and so many others... Wii got none of that :(

200 $/€ seems the better bet, considering that the Wii costs that... altought I can see Nintendo charging 250 $/€ with a bundled game, Kid Icarus for the "hardcore" and Nintendogs Cats for the "casuals"?

I dont plan on getting one unless games stop coming for the dsi. Or if there is a really good deal on one.