i am playing aion on zykel while i wait for this :(

finally got my miragent!!! getting the tunic tomorrow 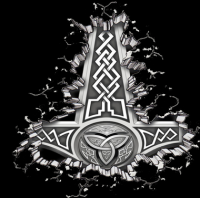 Nothing short of death will be able to stop me from playing this game! ArenaNet's willingness to throw off the shackles of the genre is amazing, they're like the Che Guevara of the MMO industry. =P

Haha, yes it's quite amazing, I really hope they're gonna shake up the foundations of modern MMOs. Everything is so static and boring these days, Guild Wars 2 will save us! =D

This game sounds amazing. I was more interested in SW:TOR and FFXIV before I started to check some of this stuff out. Now this is the only MMO I'm really interested in.

Glad to hear it.

I read most of what's here, which I've also read tidbits of elsewhere. The ONLY thing that may keep me from getting GW2 is the EotN titles thing. Whatever you get for special things you put up in the Hall of Monuments, if it's anything game-breaking or super cool, I may end up passing on this just out of spite.

I was going for the survivor title myself, and I was about halfway (halfway to the third rank of course), and lagged out and died -.- I was pretty not happy with that. It actually made me essentially stop playing the game I was so pissed. I normally don't get angry/upset with games, but I hate when things outside my control affect something like that. But yeah, if you just get stupid stuff for all of that, then GW2 is probably a day one buy for me. If you get special gear, or cool pets (as opposed to lame pets, of which there are many in GW), then I may not care so much. Most likely, you'll get special titles/pets, which may or may not affect my decision to purchase, it really depends.

On that note though, I kind of want to play GW again, does anyone still play?

I wouldn't worry about it, there might be some equipment with those titles, but I doubt they're gonna be anything gamebreaking.

And I've tried getting back into GW, but I really can't. I'm burned out on it. xP

"A New Way at Looking at Healing and Death"

when a player loses all of their health in Guild Wars 2, they are put into "downed mode." In this mode, the player has a number of downed skills they can use to target enemies and fight for a chance to survive. A downed player can still be attacked, which will send them into a defeated state, leaving them to either wait for an ally to resurrect them or to resurrect at a waypoint.

Simple systems like this, along with cross-profession combos, and the dedicated healing skill slot, help free players from the MMORPG shackles, and let us break the mold even more. We're making players more self sufficient, but are also providing appealing ways for them to effortlessly work together to create a more inspired moment-to-moment experience. That is why Guild Wars 2 does not have a dedicated healing class.

(And my favorite part): If you have played enough Guild Wars, or any other MMO with healers, you've sat around waiting for the right mix of professions before being able to continue. Or you loaded into Random Arena and both teams had two monks (or they had a monk and you didn't), and you already knew the outcome of that game 99% of the time. But we've all had those 4v4 Random Arena battles where neither team has had a healer. Instead of not being able to kill anyone or being forced to attack the monk first, you can actually think about who to target, when to use your defensive spells, where to position yourself on the battlefield, etc. From the highest level of PvP, to the sieges of World vs World, to PvE in the far reaching corners of Tyria, that level of creativity and tactical freedom is exactly what we want combat in Guild Wars 2 to be about.

You could say instead of DPS/heal/tank, we have our own trinity of damage, support, and control, but we prefer to think of them as the variety of elements that create a diverse and dynamic combat system that gives each player a toolbox to work with to solve any encounter we might throw their way.

There's a LOT more on the damage/support/control thing, and if they really pull it off, GW2 could be the best game (or at least MMORPG) I've ever played. I haven't been this excited about a game ever. Anyone who's interested, I strongly recommend checking out the entire article, I just took out some highlights (some long highlights) but the article goes a lot more in depth about all of this.

*sigh*  Looks awesome and I really enjoyed the first but I'll probably never get to play this as my PC (gaming) days are over.

Sorry about the lack of updates, I'll get the new info in the thread within the next couple of days. I've been busy with my real life.