Forums - Sony Discussion - This has to be the Real Nathan Drake.

This has to be the Real Nathan Drake.

Yeah im not seeing Drak in Nathan Fillion either

I never thought of David Boreanez either. He could be good and maybe closer to the right age.

The guy in the OP looks too feminine to be Drake. The guy from Buffy(that's the guy from buffy, right?) looks like the best drake I've seen so far. I think he could pull off the personality too.

I've suggested that guy in the past, too.  He looked even more like Nathan Drake when he was in "Reba".

He is also good at pretend martial arts (not sure if he can do real martial arts) and he did a bunch of his own stunts in Buffy/Angel, James Marters did more though! Spike FTW!

My Girlfriend who's a huge Bones and DB fan approves of this pick :P 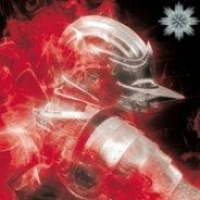 LOL! Not even close !

Only seen part of an episode.

You may have found the perfect compromise...

Nolan North himself looks the part, though I don't know if he'd be up to the physicality that the movie would require. Nathan Fillion is still my first choice, though I admit that I hadn't considered Boreanaz before. And as much as I like him as an actor, Hugh Jackman just doesn't fit the role for me.