Forums - Nintendo Discussion - Have you picked up the Monster Hunter Tri demo yet?

It wasn't suppose to come out till the 8th but just about every Gamestop has broken the date. I picked mines up today and am really liking it.There is a funny issue where Gamestop employees are asking you to pre-order the game to get the demo.

The dude asked me I told him it was suppose to be free and after reading the box for a bit he handed me one. Users on GAF said they ran across this issue too but some weren't lucky and the employee refused to give it to em without a preorder.

Anyways what are your thoughts? Ive only done the first star quest and it took forever to kill that damn monster. Hopefully the battles aren't too long but I dunno I guess they'd be a lot more fun in multiplayer.

So yea Im sold. Played the PSP version could't get into it this demo was much more fun than that little I played of the PSP version as I expected a console version of Monster Hunter to be.

Is this deal good in Canada too? I hope so..

I may go get it tomorrow. I'm probably going to be going to a mall with a GameStop. But knowing my GameStop, they probably won't even have it. They often don't even bother with these kinds of events or anything to do with the Wii or DS unless its a 'Major' game like New Super Mario Bros Wii or Smash Bros Brawl.

I live right by a GameStop. If I have time I'll pick one up tomorrow or the next day. Thanks for the heads up.

I'll get one on this Friday then. 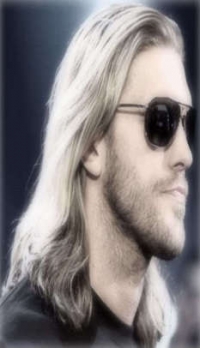 pretty sure they'll be out by then but good luck