There are alot of good games coming out soon but i find that these 2 should have a pretty close sales battle.  We all know Halo ods, MW2, and Forza will sell alot and GT5 will outsell all and there sales will be way different from each other so theres no real discusion or head to head sales battle with those games.  I also find some similarities with these 2 games they both have the number 2 in there title, are console exclusives, Uncharted 1 and l4d have almost the same sales currently and are coming out around the same time frame so i think there a good match up 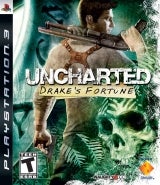 Total as of now 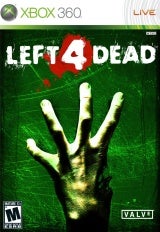 Total as of now

I belive that U2 will sell more than L4D2 both end of 09 and 2010 for WW my reasonings are so many people are underestimating it b/c of the low sales of the 1st but there forgeting ps3 wasnt big back then, and U2 will be nothing like the 1st they'll be adding so many things online, stealth, more bad ass drake 100% usage of the ps3, and dont forget how many new gamers will be picking up the slim which is now only 299$.  People are mad that a l4d2 is even coming out so early and im hearing alot of mixed reviews about the 1st one

L4D..Same case here....Most of the people playing are using split screen..I'm not saying VALVE should or will eliminate Split screen...but I garantee you L4D2will = Xbox 360 sold..And also I am Willing to bet L4D2 will outsell Uncharted 2....

yes Zizzla_ Rachet will have to see on that

Uncharted sold more than L4D...and Uncharted 2 seems to have the most hype between the two. Uncharted 2 easy for me.

uncharted to, hands down

It only sold more because it had an extra year of sales.

But I still think Uncharted 2 will win because it has had an extra year since it's last release as oppose to Left 4 Dead which released 9 months ago. Also Left 4 Dead 2 will rely almost entirely on NA sales, where Halo and MW2 will be massive. Should be close though.

Uncharted 2 for sure!
lot of people has got interest on this title after the first.

Left4dead has sold less because its been out for a shorter time.

However I think that uncharted 2 should outsell left4dead, but it should be close overall.

They hype for uncharted 2 is way bigger than the first. I know its on a lot of peoples first day buy list. It also didn't get the negative feedback that lfd2 has received so my vote is for uncharted.

I think it'll be close. I think it depends on the PS3's momentum going into the holiday season really.

If the slim sells like crazy, I think a lot of people will pick up Uncharted 2, thus U2 outselling L4D. I'll just have to wait and see.

The hype for both games is staggering but I think the PC version of L4D, particularly through Stema, will pull the longest straw before the 360 version so my answer would be Uncharted 2. As for lifetime, I really don't know, certainly more than the original (both games).