Data will be out in 3.5 hours...for the USA for the four weeks ending August 30 will be covered. NPD doesnt release Canada data timely any more. Thus, to compare VGC to NPD, we estimate what NPD will say by scaling VGC Americas data by 0.9

From the NPD Preview

For the four weeks ending August 2, 2008, NPD had USA hardware sales at the following levels:

Sweet. I think we'll be pretty close this month.

First time I've ever posted in one of these before the numbers have hit. 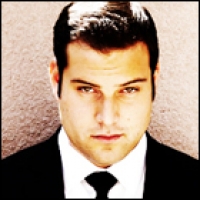 Another boring month for sales. I cannot wait for Oct/Nov/Dec sales

YEs, I made it to the party before the numbers are out

I guess the only shock is if the 360 outsells the PS3...which looking at the preview could happen as last month was close