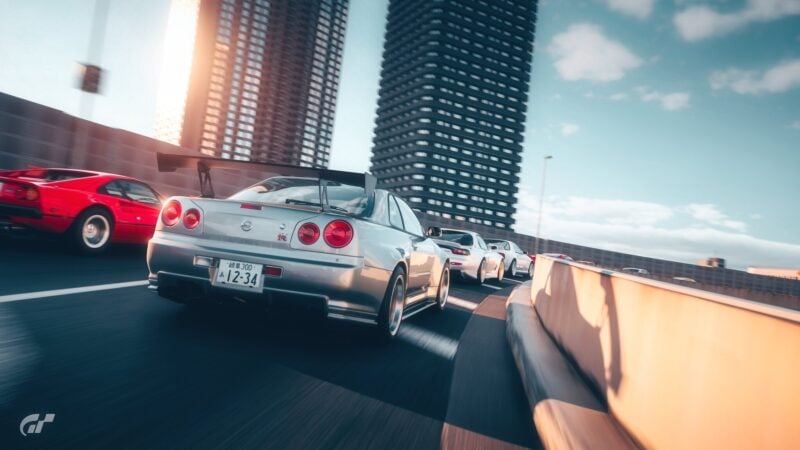 GTPlanet is here in Monaco for the Gran Turismo World Finals and Gran Turismo’s 25th Anniversary event, and we had the chance to sit down with GT series creator Kazunori Yamauchi.

Some of Sony’s biggest franchises have already made their way to the platform, including Santa Monica Studio’s God of War, Insomniac Games’ Spider-Man, and Naughty Dog’s Uncharted 4, with more expected to follow.

Naturally, this has led many to speculate if Polyphony Digital’s Gran Turismo series could also be making the jump, and we were curious to ask Yamauchi-san if that was something he would consider.

“Yes, I do think so,” Yamauchi replied.

But, there are some caveats.

“Gran Turismo is a very finely tuned title,” Yamauchi-san explained. “There are not many platforms which could run the game in 4K/60p natively, so one way we make that possible is to narrow down the platform. It’s not a very easy subject, but of course, we are looking into it and considering it.”

Also note - GT7 was in the Nvidia Leak which also had revealed several other titles that had been released in the past year.

Though I kinda wish Driveclub would been ported to PC, it deserves to get a extra chance to stretch its legs.

I’m not surprised at this point.

The game would look phenomenal on a high end PC!

Here’s something I can’t help but wonder. Nixxes has done the best job on PC ports so far, with Jetpack Interactive porting God of War as a close second.

I wonder what game Nixxes will port next? Ghost of Tsushima?

That is likely what a lot of people are saying is coming next.

Really wish they would do legacy titles and not just recent games.

There's a lot of PS3 titles I would love to get on PS5/PC that are stuck on PS3 (God of War series, inFamous 1/2, Resistance, Sly Cooper, Ratchet and Clank games, etc).

Edit: Granted, I did already play and finish a lot of them (All of the PS3 God of War games via God of War Saga, inFamous 1/2, Sly Cooper Trilogy and most of the R&C games) - still would love to get access to play them on modern platforms.

With development costs soaring, it only makes sense to seek wider pastures.

I fully expect this to happen. It's already what Sony's doing, and Gran Turismo would be a great fit on PC. Also that talk about 4K is a bit silly, considering there's already a PS4 version.

Man's gotta say something or else he'll slip up

yep, this exactly.  And I don't see this hurting console sales.  Most console gamers are because they don't want to a PC rig.  The opposite is true as well.  Sony can release PC day 1 and I would still be a ps5 owner.  It does make me wonder if Nintendo will ever consider PC releases, probably not is my knee jerk guess.

I think its possible that we may see Nintendo IPs on PC in the future whether its re-releases of old games instead of new games or having their own store, or even releasing mobile like titles on PC.

10 years ago people would laugh at you if you tell them Nintendo would let its IPs go outside of its platforms but we have Nintendo games on mobile so whose to say the next 10 years wont have such a change.

As expected. And that 4k comment really is stupid as Pc can change res etc. Anyway GT is no longer a game im that interested in as Forza H has spoiled me. Now i enjoy my open world type racing games instead of track based ones more.