This game will sell doorbusters because it's called Pokémon. But they've also tried to show off how different the game is. Does it truly modernize the franchise, though, or is it simply more of the same?

And of course, I know some of you literally cannot look at me, so here's the full written version: https://zyro-eg.com/2022/02/10/pokemon-legends-arceus-review/

This game looks absolutely horrid. Don’t try to defend it, you’ll only look blind. From textures that could, and I shit you not, easily come from the N64 era which includes grass sprites that turn to face your camera like said era, to terrible draw distances and pop-in that are massively exacerbated by fast traversal methods, to horribly low-resolution shadows, to framerate dips and stutters despite being 30fps, the game does not pass the naked eye test unless you quite literally play with your eyes closed.

I had to laugh a bit at this part.  As a modern N64 gamer, this game looks nothing like an N64 game.  It's a cell-shaded game, I mean so the textures aren't suppopsed to be ultra hi-res.  That said, it looks a lot closer to BotW in my opinion than anything from the N64 and looks like a significant graphical jump from previous games (especially the Pokemon games we got on the 3DS just a few short years ago, which were still mainly top-down).  That  said, I do not own a Switch and I do not know what constitutes good graphics on the console.  Maybe the standard set by BotW isn't what it was at the end of the Wii U era (a console I owned) but I would say that this game looks really good with solid graphics by that standard.

Anyways, my opinion has always been that Pokemon's gangbuster success is a double-edged sword and is a big part of why we won't see major innovation from the franchise.  You don't get games like BotW on the tails of massive prosperity.  You get it when you're desperate like Nintendo was at the end of the Wii U era.  If Pokemon sales ever started to dramatically dip, I think at that point we would get the Pokemon game that everybody has been dreaming of for the past 25 years: a full proper console Pokemon RPG with a modern and innovative battle system.

People are so absurd. Clearly some have forgotten what the N64 looked like back in the day.

I like the artstyle, so the game looks decent enough for me, not that it really matters that much.

I made some calls about how horrible the game looks, and yeah it looks fugly, but N64 ugly!? This is too much.
It looks ahead of Gamecube and PS2, More in line with PS360 game for sure, i'd say this game is oudated by 15 years... anyway, you made some valid points, 7.5 is also how i would grade this game.

Your reply is worth a chuckle, too.  Who said it looks like an N64 game?  I didn't.  Don't be that person that makes up narratives by clinging to select words.  I clearly said it has textures that look like they come from an N64 game (and also the sprites that spin to face your camera, which you didn't mention because you know that's exactly how those sprites worked on the N64).  You haven't seen the game yourself on your own TV, and you're also talking to someone who spent most of my overall gaming time in my life on the N64.  So I'll humor your hyperbole despite knowing you'll see this on a tiny mobile screen or even a PC monitor, and not a big screen TV like I had to since I have to capture via HDMI for my recordings (ergo, imagine seeing this on a big screen TV): 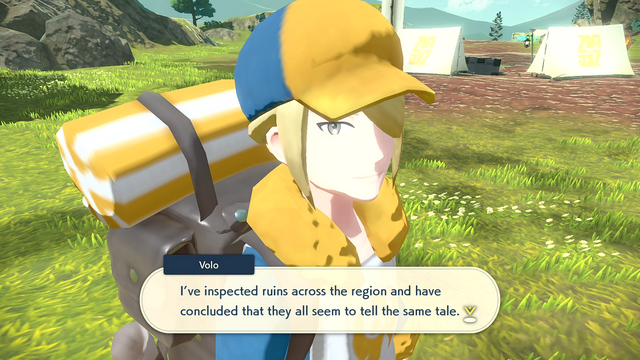 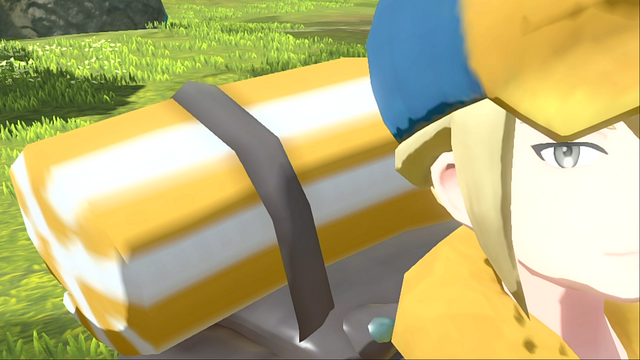 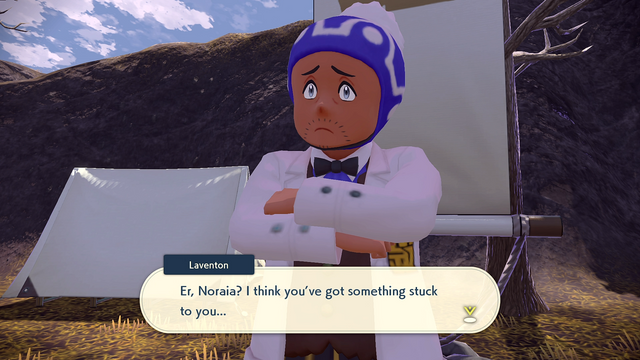 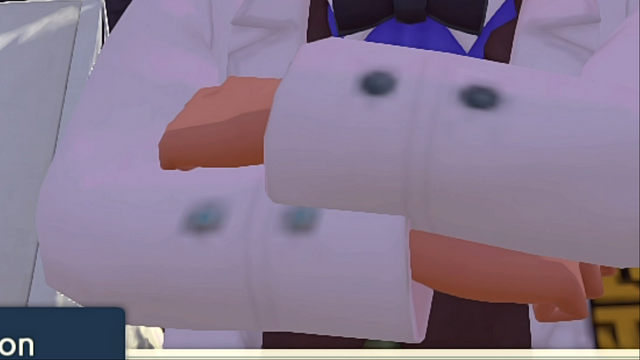 There's a reason virtually no one shares those types of screenshots: they KNOW how bad the textures are.

I see we're all running with a made-up narrative to find something to attack because, ya know, it's the internet

Your fake accent is almost as hard to listen to as it is hard to look at this cheap cash-in. I'd rate both below par at the least.

I've only played a little bit of this game so far but my first impressions are that everyone's standards for Pokémon are alarmingly low. I don't know if the textures are N64 level but most GameCube games I've played look and run better than this, and as for the game itself, it's stiff and clunky - that is, when it even allows me to play, because 95% of my playtime so far has been filled with needless tutorials for the most basic of things, and the most uninspired writing I've ever seen. I know Pokémon games don't usually have the best stories in the world, but when it won't allow you to play the game, it better be good. And this is horrible. Like, I have zero confidence in my writing skills but I am convinced I could do better.

I hope it gets better once the game actually allows me to play it, but this is nowhere near as good as anyone's been making it out to be no matter what happens. Last time I went into a Pokémon game I was predisposed to dislike it, but it's not the case this time. The positive reception to Legends really gave me hope and I wanted to give it a fair chance, but it's just not good.

Okay, this narrative that the game looks like an N64 era game is just absolutely ridiculous. Despite some textures being questionable in quality, this game does not look like a game from the N64. I'm honestly tired of this kind of exaggeration from the gaming community. It's like when people were trying to say Metroid Dread looked like a 3DS game, or when Mario Golf: Super Rush didn't look better than Toadstool Tour on the Gamecube. You DON'T have to rely on hyperbole to get people to understand the graphics stink. This game has a lot of graphical offenses, from inconsistent textures (look at the professors buttons), poor texture filtering, incredible amounts of pop in, awful nearest neighbor resolution scaling, poor lighting implementation, low resolution shadows, and 2D billboard textures EVERYWHERE...but looking like an N64 game isn't one of these sins.