Or more specifically, what's with its generally mediocre results in terms of visuals and performance in actual games?

I've seen some almost photo-real renders created with it, yet I struggle to think of any really impressive examples of it in an actual game. Seems almost every time I read that a game's made in Unity, I could've guessed just from the meh graphics and wonky framerate.

I mean, games like Yooka Laylee 1 and Impossible Lair or Panzer Dragon Remake look and run quite nicely, but they're not pushing any limits.

With other modern engines like Unreal, id Tech, Snowdrop, Cryengine, Frostbite, etc I can think of multiple showcase games.

Do remember that Unity is still mostly an indie engine and they don't have the budget for those high end games. There are a growing amount notable developers using Unity every year though. Nintendo actual used it for Mario Kart World Tour 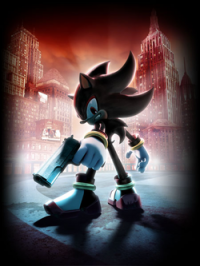 If I'm not mistaken, Layers of Fear was made with Unity, and I remember being impressed with the visuals. Not sure about performance.

PS: As a PC Gamer, I don't like Id Tech. PS3/PS4 cross-gen games like Wolfenstein and The Evil Within with good graphics and over 40 GB. Too heavy for me.

Ori and the will of the wisps looks gorgeous.

CupHead as well, but I think he talking about 3D potential/quality

Indeed it does, truly a beautiful game, but its also a 2D one and has some pretty substantial framerate issues on console.

It's a good engine but since it's so accessible a lot of bad devs and shovelware devs use it. To a lesser degree, I have seen some bad results with the Unreal Engine from terrible devs and low budget stuff. Esp the ones that make the entire game out of existing UE assets. Unity games can look fantastic.

Unity doesn't have the marketing budget that Epic Games has.
Also for years the free version of Unity hasn't let developers remove the default Unity logo from their start screen so it gained a reputation as an indie engine.
These days it's used for far more than just gaming, it's become a powerhouse for CGI animation in Hollywood and it's the king of AR & VR.

And yet again we have to explain that visuals have absolutely nothing to do with an engine. You've been here long enough, you should know this.

Unity is easier to pickup and learn than Unreal. So a lot of amateur devs wind up using it.