The US has by far the best temperature record on earth (longest and most stations). There is no region in the world with a comparable data set. You can't use bad data to "adjust" good data.

So far we are coming out of the "New Ice age" but still below the 1930s Dust Bowl (raw temp data). The rest in data "adjustment" by cooling past US temperatures. 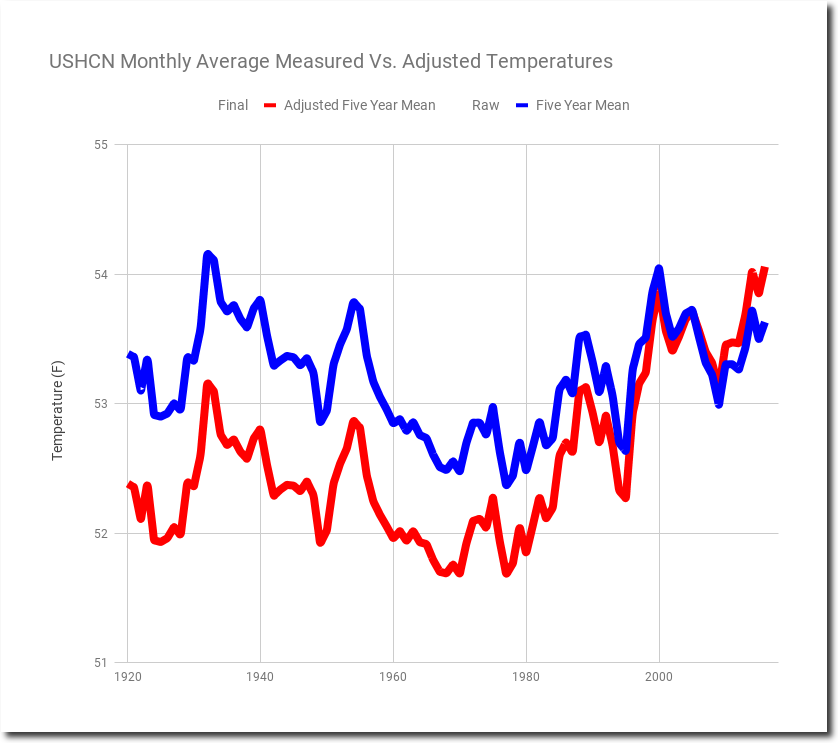 The data "adjustment" is now so severe that the "New Ice Age" got practically removed from the adjusted temp curve.

There are no actual citations on those newspaper "clippings" so they can be discarded.

It's "arguments" in those clippings are also relying on data that hasn't had an extra half a century of more of additional data thrown into the climate change model, so those opinions (Or any from the mid-1900's for that matter!) don't hold any weight what so ever when we are in the year 2020.

We also collect temperature data outside of scientific instruments/record keeping.

Fact is, the majority of climate scientists support anthropogenic climate change, that is all there is to it. - Unless you or someone else has the credentials to debate the topic in an educated manner (I.E. Years of study in climatology.) then it's just pointless opinions.

I guess all the climatologists, meteorologists, biologists, zoologists, chemists, geologists, physicists, glaciologists, atmospheric dynamacists, oceanographers, paleontologists, ecologists, biochemists, mathematicians, etc...from nearly 200 countries (some at war with each other) around the world that study and confer agreement based on their own independent, respective fields are all in on some grand hoax?

While this winter has yet to produce any record highs, it's been a mild one, with almost no sub-freezing lows. Over the past two weeks, we've had eight days where the temps were in the 70s, including 77° on the 3rd and 78° on the 11th, which is 17° above average. And in general, we've had only one day with any winter precipitation in the past six years; we had a light dusting of snow on Jan. 23, 2016, and before that was the big ice storm of 2014. This is the least amount of winter precipitation we've had in a 5-year period that I can ever recall. When I was a kid, meanwhile, freezing temperatures and frost events seemed much more common. I remember all those early mornings in the 80s & 90s having to help my mom get ice off the car's windshields before she took me to school. I can't remember the last time I had to de-ice a windshield.

Nope, sea level is rising much, much faster on the US east coast than in the Adriatic (Edit: 19mm/year on the east coast compared to a mean value of 3mm/year worldwide due to hot spots which accelerate the rise a lot there). The problem with Venice is actually not sea level rise, but the pillars the city is resting upon are slowly sinking down, hence why apart from a dike around the Laguna, they are more focused on strengthening the ground below the city by pumping some concrete and metal pillars into it. Miami is even more at risk since unlike Venice, you can't build any kind of dike here. Plus, the limestone the city is built upon is very porous, meaning water comes in from below and causes some subsiding, too. And if that wasn't enough, the water also comes in from behind, through the Everglades. In other words, Not just is Miami at risk of sinking into the sea (well, sea taking over the land where the city is), but it's water supply is more and more endangered.

Also, this is what Miami already looks like during a King tide: 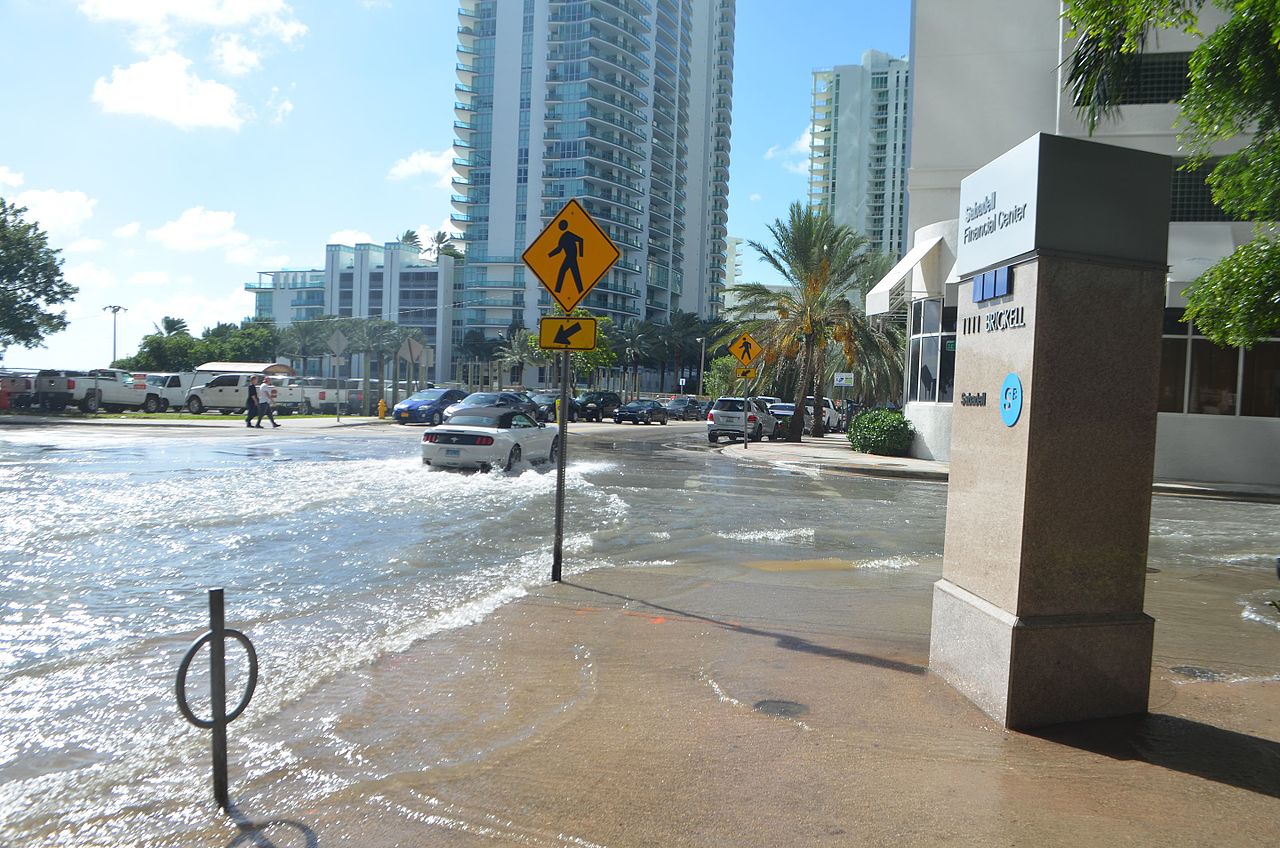 Not that much different to Venice, ain't it?

There are numerous reasons you can't just use the raw data. The primary reason is that stations have moved several times. I hope you would agree that comparing data from one place to another place without any adjustment for temperature variations between locations, just wouldn't make sense. Further, there have been changes in the types of thermometers used, the time of day temperature readings are taken and the surroundings of the temperature stations. All of this can further bias the temperature readings if they are not accounted for. Again, I hope you would agree that it would not be wise to simply not account for all of these important variables.

Further, no one disagrees that the US in the 1930s had heat waves, so your clippings are fairly meaningless (and death tolls are even more meaningless, given the massive changes in our ability to prepare for them such as air conditioning and better medical facilities). Again, you have to look at the temperature throughout the year (and not just its hottest points) and across the world (and not just in the place which is experiencing the most severe temperature anomaly). That is cherry picking data.

The lack of basic physics of how the composition of the atmosphere can influence the temperature, never ceases to amaze me. Anyways climate change is a trend which is measurable over long frames. I would say 30 years at minimum. Individual weather records have little to do with them. In the end they are small dots in a graph. All numbers are pointing towards the planet heating up/ changing at an almost unpresented rate.

Natural climate change is pretty much not measurable over the life span of a human. At least if oxygen isotopes, geological data, fossil data etc. is somewhat accurate. At the current projections we can heat the mean global temperature up by almost 3 degrees in onehundred years (and killing large ecosystems like coral reefs with them). By comparison during the last ice age the average global temperature was only 5 degrees lower than before the industrial revolution.

Also for those who doubt the effect of the atmosphere composition on the climate. Venus is way hotter than mercurius. Even though the latter is much closer to the sun. The main difference is the thickness of the atmosphere.