Forums - Politics Discussion - At what point is this child abuse? Trans kids.

First of all, that ignores all of my primary rebuttals to your post. It is little more than a "Look over here" rebuttal which seeks to distract from the conversation instead of confront it.

Second, a resounding "Who cares?".

Third, pointing to open litigation establishes nothing. Stupid people sue for stupid reasons literally every day. That doesn't mean we should throw out laws. From what I've read, it seems those handling the case agree that this is stupid, so it seems highly unlikely that it will result in anything worth complaining about.

We've already had this discussion here.  It's locked.

"First of all, that ignores all of my primary rebuttals to your post."

I remember when I first watched this video a year or two back, I honestly couldn't believe that someone could be so bold to make such a blatantly stupid claim... but now its actually becoming a dominant ideology, its really is absolutely amazing and now I'm starting understand why that person felt so assured in making that proposition

anyway "are considered within the law under the "Bona Fide Occupational Qualification" provisions of anti-discrimination laws, which essentially state that if a certain quality is fundamental to a position, the employer may discriminate based upon that quality."

how can that apply here when this ideology is claiming that trans women literally are women?

I would have posted this rebuttal before but as I've said we don't even agree on the fundamentals here so...

I strongly suggest you stop having dishonest "debates" on topics with which you obviously won't change your mind on. Either you have a legitimate comprehension problem when it comes to other ways of thinking (that would explain why you make so many logical fallacies in your arguments as a way to connect the dots) or maybe due to the anonymity and unaccountability the internet gives you, you have grown a disconnect with your online and irl personas so you don't care about the truth of the matter or learning anything anymore and have since become comfortable in this state. So because of this you instead focus your energy on espousing factually and politically incorrect propositions, moving goalposts, misdirecting a convo you started, blatantly being duplicitous on your positions, etc. (to the point where it's satirical) just for your own personal satisfaction. I honestly don't know what satisfaction you would get out of this though, maybe you want someone to hear you or maybe you just want someone to get frustrated with your underhanded way of debating. Or it could be something else ENTIRELY, idk I don't know you, I can only go by what you've shown.

Either way, if you really want to know the experiences and issues of trans individuals and what they go through, go to your nearest LGBT center and just listen to them speak. Since you aren't on the internet and among a queer environment it'll be harder for you to do as you do here and you'll learn something and hopefully change your opinion.

I do when I can see glaring issues with them yes, as I would expect of anyone, funny enough, but when it comes to certain issues you become a demon if you don't just shut your brain off and accept what others tell you to think

"you have grown a disconnect with your online and irl personas so you don't care about the truth of the matter or learning anything anymore and have since become comfortable in this state."

first off this is absolutely incorrect, my opinions are consistent all the way through because I try as much as possible to root my ideas in actual reality

a very short time ago, the "truth" of the matter that was being debated was whether biology was being ignored when it comes to this concept... that has pretty much been conceded

regardless of that can you tell me what truth I am not accepting from your view?

"moving goalposts, misdirecting a convo you started, blatantly being duplicitous on your positions, etc."

"As previously stated, contextualizing and expanding on biology is not dismissing biology.

It appears we are at am impasse as you are incapable of acknowledging that exceedingly obvious fact."

">because I actually think biology which means the physical reality of the structure of bodies plays a role in whether a person is male or female, i don't think that simply because exceptions exist then that means that categories must be discarded with

1.)  Even if it did mean that, why would that matter?  We don't have categories for a lot of things.

2.)  And it doesn't mean that.  It just means the categories are more flexible.  "

"I'll gladly call you a woman.  I personally don't care even if you were lying, because some random person's gender doesn't affect me.  "

"Who gives a shit about the distinction?

"You can be trans and not transition. "

I gleaned these quotes from just 2 pages, I suppose I could look for more if you wanted more

that's not the issue here, which is why I've never focused on that

and by work I don't mean people should be stopped from transitioning, I mean when it comes to them actually being perceived as the other gender or "non-binary"... now how someone can be "non-binary" when they either have testosterone or estrogen pushing their bodies in one direction or another is beyond me... but whatever, not my problem

"I strongly suggest you stop having dishonest "debates" on topics with which you obviously won't change your mind on."

the purpose of a debate is to try to evaluate what the truth of something is, if you are going into debates with the assumption that you are right and you have to change the other person's mind then what's the point?

Please dude, buzz off. The wrong pronoun isn't going to make you bleed no matter how many times you do it. Violence can draw blood; you can call me 'she' all you want, I'm not going to bleed.

the thing is that i don't think a lot of people understand where this is leading to, because the primary value that is being focused on is being nice and compassionate

but another important value that has to temper niceness and compassion is the truth, if we don't balance both sides properly the only possible result is chaos

I've asked if under this idea, if this guy 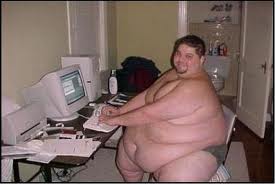 stated that he wants to identify as being fit and muscular, if people should be forced to play along with what would clearly be delusion

i'm sure that if people perceived him as being fit and muscular that would do wonders for his self esteem and would drop his risk of suicide, so why wouldn't a situation like this apply?

You are an incredibly hilarious person omg. You're literally doing exactly what I described in the comment you quoted. What's hilarious is that it seems you genuinely don't know you are.

You picked out parts without taking it as a whole which is consistent with your history, I'm not surprised but disappointed that you don't even try to change it up. If you actually look at what I said I was speaking about what you do in general it's not specific to this thread but it does still apply.

@bolded is especially funny because that you constantly contradict "actual reality" because "muh feelings" or other excuses you come up with.

@bolded/italicized you should take your own advice because if you did you wouldn't be saying half the stuff you continue to say.

You say the whole point of this is to see if this "idea" can actually work. What idea? Transgenderism?? Well if that's all then, yeah, it actually does work, take it from a trans person like myself. Case closed. You're done here you've got your answer, do with it what you will.