This is another myth doing the rounds lately. Apparently Q4 2017 sales are lower this year because of the switch. Let's take a look at Q3 and Q4.

So Q3 PS4 was actually up a lot YOY. Switch was out during this period so why wasn't the ps4 down? The reason is software. It's Q3 li e up was far greater then Q3 2016 with the highlight being DQ11.

Now Q4 is the opposite. PS4 so far this quarter is down on 2016. Unlike Q3 is Switch now suddenly eating up the PS4 sales? Let's take a look at the facts.

Q4 2017 is quite baron this year for ps4. So are sales down because switch magically started eating it's sales this quarter when the quarters before that clearly didn't have that. Or is it to do with the software line up and the lack of hardware selling software, hardware revisions and a price cut?

Please keep this thread on topic. It's about Japan only and the matter discussed in the OP.

Please stay on topic. Thanks.

Where are the numbers?

...this does not need to happen.

So nobody is capable of addressing the point? Is this "Switch is eating the ps4 sales in japan" just a troll tactic to bash the ps4 With?

If be interested if someone could actually address this issue. 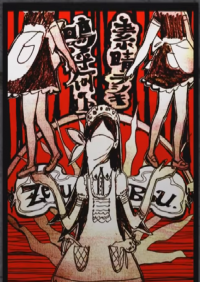 i think you don't use the word "cannibalize" correctly.

One or two people said something and all of a sudden that makes it a myth?