First of all, I will not talk about any, ANY kind of italian food in this thread. In fact, no food itens whatsoever. And, as far as I concern in this thread, sex does not exist. So, moderators, calm down for a minute, okay?

Now. A few months ago I made a thread called: FACE IT, TRUMP ALREADY WON.

That baby made my haters level go from 59% to every single user in Vgchartz.

But, guess what, I was, to my and your surprise, totally right.

So I suggest you guys tag this thread cause something very special is coming, courtesy, once again, of George Soros trusty MSM.

I read all the big MSM papers and magazines from the US once a week, cause there is no better way to understand WHERE the Elite wants us to go, how they want us to think and who they want to see destroyed.

The new keyword from the MSM is "Fake News".

I ain´t mentioning something in special, but, I tell you this: something got out of the Elite control and they are going to fight it back, with all they got.

A whole new level of destruction of free speech is on the works using the "fake news" meme and before the middle of 2017, maybe sooner, nothing will ever be the same.

They are coming against the free thinkers with all they got. If you do not trust the MSM headlines, you are a targer to the "Fake news" meme.

Just watch and see, december will have a couple of very deep, very meaningful false flag events that will push a change as deep in freedom as 9-11 caused. The free alternative media caused a lot of dangerous and powerful people a loss that they could not afford to endure in november, and they are afraid.

Believe me, there is nothing more dangerous than very evil and depraved bilionaires with a lot to lose. 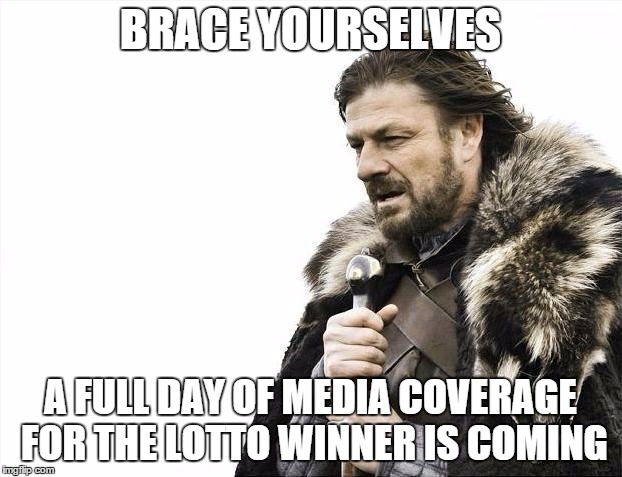 They will CRUSH free speech, and it is coming soon. I am talking months.

I tell what the false flag coming will be:

The players in that scandal will suffer some kind of attack and it will cause such a commotion (like Charlie Ebdo for example) that the government and the MSM will HAVE TO stop the free alternative media.

Tons of channels will be suspended, terminated, twitters will be deleted, websites will be forced to ban users, things like that.

In the aftermath, it will be SJWs, cats meowing and Let´s Play videos, nothing more.

I assumed they are pushing the narrative because something big is coming up when Trump takes office and this way they can downplay it from the start.

Maybe that pizzagate thing is indeed real. I wouldn't even be surprised

so because you guessed one out of the two candidates would win, we should trust your prediction with no sort of criticism or analysis whatsoever?

Get this clickbait shit out of here. If you truly want to have anyone trust your opinion, give explanations as to why. You're basically calling the kettle black here by making baseless assumptions(ironic considering the photo criticizes the news for baseless assumptions).

Just 'reading' the news isn't going to do anything. You need to actually STUDY. What type of news? Was it news from a tech magazine? politics? gaming? You just leave too many questions unanswered.

While I do believe that there probably are some types of elites in our world, this post doesn't do the belief any favour. It's just like any other clickbait Christian webpage with "YOU'RE ALL DOOMED" stamped at the front of the page.

Could you truncate the massive OP into a single line without all the memes? I think it reads something like

"News will get more restricted (and soon)"

But feel free to correct if wrong with a single line version of that OP, I'm sure you have it in you!

The Puzzle professor seems to have hit the nail on the head here, while the OP is large in word count it is very small in terms of actual content. Almost no content in fact, it's the promise of content, terrible stuff.

I think it might be more along the lines of "News is going to become 'he says, she says' bullshit because everyone will be reporting fake news."

This is the ONE secret the world elit can not afford to let it go public. Not talking about one particular restaurant, I am talking complex child trafficking rings and wealthy clients of it.

This is why I was very worried when those e-mails surfaced: losing a 4 years election is something a group of billionaires can endure, sure, but, being exposed in their most disgusting evil habits is just not acceptable.

I know they will spend every single dime and piece of influence they have to try to prevent this to go public or to be accepted as truth.

I am 35 years old, many times before I saw  these kind of news "almost" going BOOM in the MSM, but then, a minute after, they were silenced.

This is probably the most evil thing a person can do and even the Elite know it. It is not like they think it is ok.  =(

The job of the media is to report the facts and keep people accountable such as politicians. Unfortunately, the media went from"taking down the man" to "being the man." And believe it or not in this day and age, alternative news outlets are a healthy way for the American people to exercise their intellect. Because whether you agree with them or not, what these alternative news outlets are doing now is what the mainstream media used to do. Now, there appears to be a movement to try to shut these guys up. If you as an American citizen uses multi media outlets such as Twitter, Facebook, YouTube to voice current event findings but to be suppressed by greater body, this is government trying to force their will upon the people. Sounds familiar?

With no irony I can happily say.

Also if you are sitting down and watching "he said , she said" news channels then that is your own fault OP, stop watching the rubbish and it will change to get viewers back, it's like the "top 10 lists" on youtube, they've zero actual content but have flooded youtube all of 2016 because of people clicking on them, but I think their popularity is finally starting to wane.