Forums - Sales Discussion - So, at the end, Splatoon will outsell Halo 5. HANDS DOWN!

Did you ever think this was possible!?

I remember when this was impossible. Funny how the thing can change.

Those sales are BRUTAL. Worst selling Halo game ever. Here the comparation with the others Halo games: 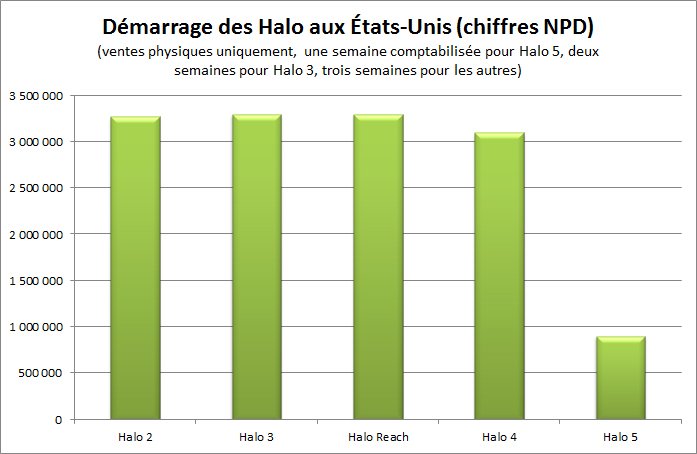 Do you think that's bad?

Is important to mention Titanfall first NPD has 4 weeks VS 1 weeks of Halo 5... but still.

Halo 5 on XB1, as a exclusive game, is selling barely more than Titanfall, a multiplatform, released when XB1 sales WW were UNDER 5 MILLION!

We can say the same with Destiny. Halo 5 is selling at those levels.

How much sold Titanfall and Destiny on XB1?

Using to VGChartz, both games have sold so far LESS THAN 3 MILLION.

VGC is VGC, we all know, but about Titanfall, using NPD, here what we have:

What we know is that Titanfall has sold less than both Pokémon Ruby and Shappire. According to Nintendo those games have soold INCLUDING DIGITAL 2.6 million combined.

Which mean, one of the two has sold under 1.3 million, and with digital sales. Withouth digiatl sales? less than 1.20 million? And Titanfall is under this.

But even if we don't use VGC, really, how much has sold Titanfall? We know the bigger XB1 market with around 60% of sales is the US. Titanfall at 2.5-3 million seem pretty accurate numbers. The same for Destiny.

And Halo? Halo is close to those two games. Which mean Halo is gonna sell, what? 3 million? 4 million? Maybe more, but those numbers remain bad for an Halo game.

Seriusly, all time i see some prediction about this game, i don't even know what say. But oh well, let's use the math.

Splatoon has sold 2.42 million according to Nintendo ( ship + digital ), and do you know the best part?

THIS GAME IS SELLING BETTER THAN MARIO KART 8.

That is. Splatoon legs are stronger than Mario Kart 8, that's a fact, get over this.

And now, you can say what you want. You can say "THE NX IS INCOMING", but this change NOTHING.

NX will not release before November 2016 ( if not 2017 ), before that, Splatoon won't stop to sell, AND EVEN AFTER NX, will continue to sell.

Hell, games on Wii like Mario Kart Wii have sold over 2 million after Wii U released!

So, point remain Splatoon is gonna easy sell more than the third, and most likely fourth MK8 quarter. What are the numbers?

Splatoon is gonna beat this. No way for sell less.

This mean that, by 30 September 2016, BEFORE THE NX LAUNCH, Splatoon will be at MINIMUM 4.8 million. Most likely more, most likely over 5 million.

And lifetime, we are looking for 5.5-6 million. If not more.

Splatoon is already selling better than what i predicted so far. This is not gonna change. That's all.

Congrats to Spurgeonryan and TBone. Those guys were always right.

Well, still a bit early to say.Black friday is comming, maybe people are holding to buy the console for the game for a discounted price, and we dont know how it will leg out, specially since microsoft wants to make halo into a esport game, which could help improve its popularity.But yeah, even the consideration of a possibility is mind blowing.

Don't worry, Splatoon this Black Friday is massive bundled in USA and Europe, and in Japan is just a monster. 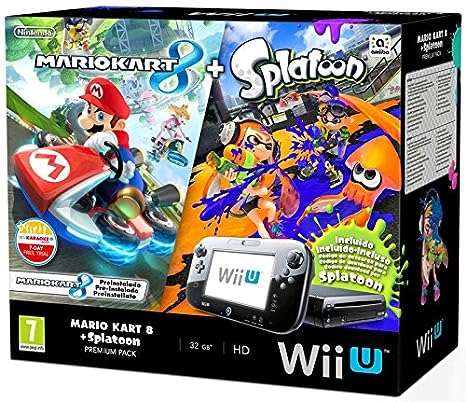 I highly doubt this, Halo is still early in its life and as it draws more and more away from the multiplayer option of playing the MCC more of the remaining people who haven't moved on will be forced to follow the herd and pick up a copy.

You can highly doubt will happen, and i'm ok with this.

You still don't know the digital sales or WW sales of Halo 5. While you're using the shipped + digital WW numbers of Splatoon. Should probably wait until we get all the numbers before jumping to this conclusion.

If we only count physical sales it's possible Splatoon will appear to sell more. But it seems Halo 5 digital sales are going to be unusually high, so I think with true sales Halo 5 will sell the most by a decent margin.

I also don't think Splatoon will get close to 5 million. If Wii U was going to get a 30 million end of life LTD then 5 million for Spaltoon would be on, but a sub 20 million Wii U, just not a big enough install base.

One thing tho, the big N seem to be keen to push Splatoon with a lot of bundles, coming towards the holiday it's going to have basically Wii Sports attach rate levels because it'll be cheaper probably to get a Wii-U with it than without.

That said I'm still in the Halo5 > Splat sales camp with you.