I just finished 12 weeks with the Fireflies and there was something interesting data regarding the statistics. So it turns out that as of right now 554k people have played the multiplayer. This is only half of the users that purchased the game. The MP, especially in the Remastered version because of the expansions, is a big part of the Last of US and is enjoyed by most of people who have played it.

The game is obviously singleplayer focused and may therefore many people haven't really felt the need to try the MP out. There is however a dedicated fanbase and there are a lot of people playing it very seriously which can be concluded out of the other open statistics. There are 78k people that reached a clan with over 88 people which is difficult to reach and you need to play quite a lot to get there (my highest so far).

And about 200k prob gave up after the cant connect problems 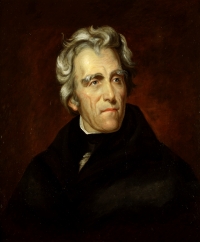 I'm at 30k with clan size of 108 which I thought was really good. But I noticed on a game type I don't play often I'm ranked 300k. Lots of people playing this game.

I never played TLOU online and it took me a year and a half to play GTA online.

50% is in line with the data on 50% of PS4 pwners paying for PS+.
That said, I pay for Plus, but haven't even tried playing TLOUR Multiplayer. I just don't care about multiplayer in games at all, and never play it.

That's too low a percentage for one of the best MP offerings of all times. It was amazing on PS3, must only be better on PS4.

Crap I'm part of the minority, or erm majority, or just average.
Any stats on what percentage completed the campaign? I'm too lazy right now to turn on my ps4 to check the trophies.

This is very intersting

I've had The Last Of Us for a while now and i have NEVER even ATTEMPTED to go online with it. I have no clue why.

I beat it once and eventully attempted to Platinum the game. I have to really like a game to want to Platinum the game. I also went out of my way to buy the Left Behind DLC for it and i NEVER buy dlc. The only dlc i bought throughout the entire last gen up to now is the "Fat Rolls" DLC for Fat Princess( pretty much the ONLY online game i play), The "Left Behind" DLC for The Last Of Us, and i just bought that new Zelda/Animal Crossing DLC for Mario Kart 8 with the 16 new tracks, and i used the rest of that $20 Nintendo E-shop money to buy the Pikmin 3 DLC and this was just this week lol

But yea.. I also never even attempted to go online with The Last Of Us despite liking the game enough to buy dlc for it and having it so long

That sounds a little low. TLOU multiplayer is really really good, they should all give it a try at least.

Should be higher, TLoU has a great MP and everyone should at least try it.