Well, maybe not pushed, but didn't try hard to prevent it. So, as you all have probably heard, the sequel to 2012's Tomb Raider, titled Rise of the Tomb Raider, was recently announced at Gamescom to be an XBone exclusive. Of course, this has many Playstation/ Tomb Raider fans enraged because they feel as though they have alienated, and rightfully so. My first reaction to this was Microsoft simply threw money at developer Crystal Dynamics to get a, most likely, timed exclusive for their 2015 games roster that hasn't seemed all too appealing yet. Probably the same reasction from most people, but then I got to thinking. What if Sony was actually the ones who more or less wanted this and did very little to convince CD otherwise? Now I know it sounds kindof crazy, but hear me out.

Sometime next year, Sony will be releasing the next insallment to their flagship series, Uncharted, titled Uncharted 4. As we all can probably figure, Uncharted 4 was pretty much destined to be far bigger hit title than the new Tomb Raider. Sales and Metascore date have only proven this. But what if Sony wasn't going to accept that? What if Sony wanted Uncharted 4 to do even more? Not only are the 2 titles in the same genre, they're also very similar in terms of pretty much everything. 2 games so similar, releasing around the same time on the same console would have led to too much competition, and I think Sony took notice of this. If the new Tomb Raider were to not release, or just be delayed, on PS4, it would attract more PS4-only owners, who might've wanted the new Tomb Raider, to go out and buy Uncharted 4. I mean, why spend $400 on new console to play 1 game, when said game is probably going to come out eventually anyways. Sure, some people will switch over to XBone, but only a small number in my opinion.

Basically what I'm getting at is Sony doesn't care about Tomb Raider not coming out on PS4, because their focus is Uncharted 4. It makes a lot of sense, really. I mean, sure it's Sony playing a role in alienating some of their users, but it would be better for Uncharted and Sony in the end. What do you guys think?

No, just no. The rise of the tomb raider was originally shown at Sonys E3. That debunks your argument.

I think you are wrong and sony would love to have it on their system...

No it wasn't it was at MS's conference

I'm sure they care. They are losing a big game and that will upset many PS owners.

That theory wouldn't explain the lack of a PC version.

The lack of the PC version would probably come from MS's end of the deal. They want their console to be more enticing, remember? If Sony didn't care about a version on their console, why would MS want it to be just limited to 2. Make it completely exclusive and they'll rack in the fans.

Was it temple of Osiris that was at Sonys? Sorry! 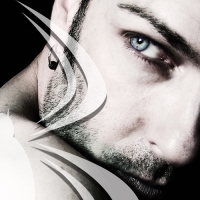 I do not believe Sony showed any Rise of the Tomb Raider at their E3 conference, did they? I cannot recall seeing it anyway.

Interesting theory. I am not sure I buy it necessarily but I suppose it could be true. Obviously Sony is going to put a lot more stock in having Uncharted but I am not sure one has to do with the other quite frankly.

So they have so much trust in their super exclusive title, they let M$ take TR so they don't have a direct competitor. Makes sense...