Iraq: Hell has broken out here and nobody cares

Forums - Politics Discussion - Iraq: Hell has broken out here and nobody cares 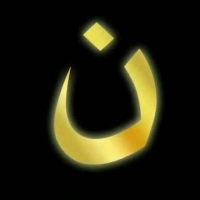 You ought to read the other comments I made first. 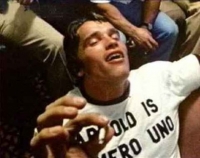 Prayer does nothing; that said I doubt any of the people in this thread are able to do anything to help anyway, so prayer is all they got. Although if an omnipotent and omniscient god exists, he should see what's happening to his people and help out whether people pray or not. Unfortunately what you see is a result of prayer doing nothing and people getting killed anyway.

serious_frusting's point isn't untrue in any way. The only way this situation can change is if people take action, but the bad thing is that the Christians in Iraq are minority so are easily oppressed. If people would stop oppressing (and especially killing) others due to their beliefs, the world would be better off.

Half of these, namely Cote d'Ivore, Chad, CAR, Mali, are military operations in the region that's wholly France owned enterprise (as long as Americans do not mind, of course), therefore the notion of "help" is not very suitable here, minding their own colonial business I'd say. Besides in number of these operations the US took backseat, namely Mali and Libya, so if anything the US helped France. Outside of these fearsome French army is rather irrelevant in terms of help to the US, the most obvious example is ISAF, to which French army contributed less than, say, such military superpowers as Hungary or Romania.

Well, I could agree he's right that "Libya is better off than Syria", which is, d-uh, obvious in a certain way (half a year vs three years of full-blown war), but that's very short-sighted view and somewhat French philosophy so to speak (do not resist Nazies, we'd be better off not resisting). Aside of patriotic sentiments the difference between Libyan and Syrian scenarios is in choice of long-term vs short-term goals as well. Libya is in shambles and de-facto a North-African Somali for years, if not decades to come, and eventually a disaster. Syria is disaster now with hope of political stability eventually and recovery in a few years. Not a single day I believed Obama would have gone to war in Syria. But assuming he'd have and won, the reality would have be more devastating than now -- you could imagine.

So I'd say, help Syria and co and use them against ISIS, they have plenty of experience. But again, that's not realisitc -- that'd strengthen Iran positions in the region tremendously, Saudis would like to object such a plan. 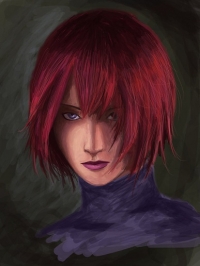 Iran can never invade Iraq for the sole reason to defeat the ISIS all we can do at the moment is to send some troops to some city's like Karbala or Najaf to protect the holy shrines of Islam leaders if u know what i mean! Iran is already under the threat of the US and maybe some EU's countries now i dont think if we do anything to help will be welcomed by the US or Israel for example, other Arab conutries u say? no offence to any of Arabian VGChartz members but they are to weak to even protect themselves or to do any good for other countries even if they too are arabs.

I'm an Assyrian and my people are the ones being directly persecuted here. They label my people the "Iraqi Christians" which people don't seem to realize is we are "Assyrian Christians".. Iraq is not our home. Assyria is our home. Nineveh is our home. What Isis, Iraq, Sunni, Shite, Kurd, America, the world don't seem to understand is we are the world's oldest civilization currently standing at 6764 years old.. and currently we are on the verge of extinction due to thousands of years of persecution. ISIL has committed in the face of the world 100% crimes against humanity. It took Obama well over a month to acknowledge the situation let alone act on it. The Assyrian people have been loyal to western society and even fought and won battles for the British in World War 1. They didn't fulfill the promised land we earned and in turn we had a mass genocide of 800,000 Assyrian people in the Assyrian genocide of 1915. Since than, there has been countless massacres even committed by the so called "friendly Kurds and Iraqis".. When Britain pulled out of the Middle East, 3000 Assyrians were murdered for our co-operation with the westerners. Now with recent events in Iraq since 2003-2010-2014 there has been countless church bombings, murders, rapes, kidnappings and persecution and the world turns a blind eye towards it. My Assyrian people are on the verge of extinction and have nearly all left Iraq. We are the original people of Mesopotamia. We are the creators of law. We are the cradle of civilization. We are not simply "Iraqi Christians", We are Assyrians; and we demand Nineveh Plains under our control and protection. With that we need the world's aid to help us restore our strength and to save our people. It was the main headline on the BBC News this morning. Seems like people are paying attention after all

"We don’t just want airstrikes. We need a plan for the future"

"In the end, we will remember not the words of our enemies, but the silence of our Western friends."

"We demand Nineveh Plains, we demand arms to protect ourselves from anymore persecution and genocide."

I'm sorry for the hardships your people have had to face.