Forums - Sales Discussion - Is It Possible For The PS4 To Outsell XB1 In NA This Yr And Lifetime... I Believe So! Ive been reading alot of threads and posts lately about the next gen consoles the PS4 and XB1, ive read alot of comments like PS4 is the better console, XB1 has the better launch line up, PS4 iz going to ownz because Sony is the best and hardware/software engineer's that post here on VGC talking about PS4 still has the better specs.  But what i have not been reading is that if Sony can take back NA from MS, NA and globally it was always Sony Only since Sony's first console the ps1.  With MSs release of there 360 which i believe is in the top 3 consoles released ever they have managed to dominate USA, with its innovations in the online department, having the better looking and performing 3rd partys that matter, releasing exclusive SW that appeals to the NA audience like gears and halo and launching earlier than both the PS3 and Wii and getting to $199 way before Sony.  Soon it will be the number one best selling console there once it passes the Wii.

But can it continue this dominance there next gen?

I believe it will not, i believe its days of owning NA and NPD chartz are over... I believe that Sonys PS4 will take the lead early with its $100 less priced console that this time is releasing in the same time frame as the XB1.  Once this early lead is achieved it will continue on into the next year when more NA friendly console exclusive SW are released like Daylight, Outlast, Diablo3, Infamous, NDs next game and Octodad: Dadliest Catch.  Not only has MS lost some of its fan base and given all gamers around the world second thoughts with its 180, Sony will always have the price advantage since they are starting at $100 less, and with the majority of the big 3rd party games being on both platforms the choice for consumers is clear, the choice is easy, the choice is PS4

This year? piece of cake, in the bag, in the cooler, done.

i don't know what the mass market will decide to buy so no clue...

this year should be easy for ps4. ps3 sold less as 360 but ps3 doesn't have less "hardcore" gamers in usa. probably even more as 360 and those are the guys who buy the consoles at launch. and i think microsoft can't even ship enough consoles this year to have a chance to compete even if more people would like to buy an xb1.

This year seems pretty likely though lifetime can go to anyone.

As long as FPSes are popular here in NA, I doubt the PS4 will outsell the XB1 in NA. CoD sells a ton on the PS3 too, but the preferred choice for most of that fan base is XBOX. The second the XB1 price drops to a more competitive level with the PS4, it will probably outsell the PS4 in NA.

The way things are looking now, I'd say so. IMO the $100 difference in price would have sealed the deal even without all of Microsoft's blunders so far. These early mistakes have really cost them. MS is probably going to have to really work hard to win back the mind share that they've lost. 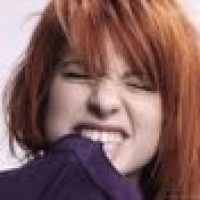 This year it will... but microsoft always has tricks up their sleeves to lure back in people.
I'm going with a ps4 on launch.... will see what the x1 has to offer next year and maybe pick one up.

The PS4 has a better shot than before at taking North America, mostly thanks to Microsoft's missteps. It's going to be close, I think, a lot closer than PS3/360, regardless of who comes out on top.

The key will probably be if Microsoft's strategy of turning the Xbox into an entertainment center/set-top box for gamers and casuals alike pays off. I really have no idea what casuals are going to do, and neither do they until they actually do it. Personally, I don't think Kinect 2.0 will generate nearly as much interest as the Wii or Kinect 1.0--especially considering the price. A lot of the people who bought into motion controls were fad followers who have moved on by this point.

Of course. This is the only generation where the Xbox has ever beaten Sony in America. A head start definitely helped, especially when they command essentially the same market. Microsoft took their share of the American market from them, hence why they sold so well this gen. If they get back even a fraction of that crowd they will leave Microsoft behind by more than just ten million...it will be much more in world wide sales.