The celebrations for the #YearofLuigi continue with this timeline of highlights from our reluctant hero's career! 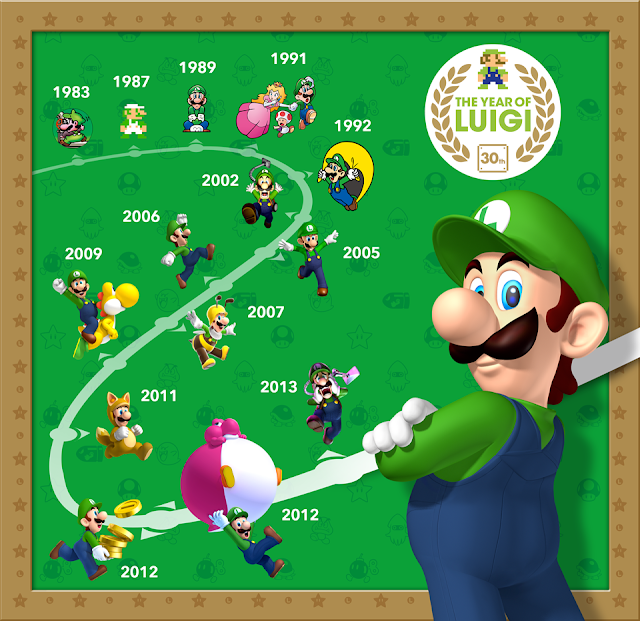 30 years old and almost no love from Nintendo

^
At least his birthday got recognized. That puts him the same league as Mario, Link and Kirby. Still find it strange that Samus didn't get any special attention for her 25th.

Could be they're waiting for Samus' global 25th? There's a three-year hang between Metroid's Famicom Disk System and NES Cartridge releases.

Ah yes, could be. Never thought of that actually, so that's... next year?

No wait, according to Wikipedia, the Famicom version was released in 1986 same as Zelda, while the NES version was released in 1987 and 1988 (US and EU/AUS respectively). So given 1988, that would mean 25th is this year? Why would they do Zelda's 25th 25 years after the JP release and not Metroid though? I'm confused. They're not doing it this year either since this is Luigi's time. I think. What the h*ll, Nintendo, you just forgot :-/ ?