As part of the study, parents were shown a video advertisement (below) for Hitman: Absolution, with 84 percent saying it was inappropriate to show on television during a time when children could see it.

Other highlights from the study included 60 percent of parents saying they "very closely" monitor the movies, video games, and music their children listen to with respect to violent content. Additionally, parents surveyed expressed faith in the movie and video game ratings systems, the MPAA and ESRB, respectively, with 68 percent saying the current systems do allow parents to make informed decisions about violent content.

Common Sense Media and the Center for American Progress commissioned the study, which was performed by SurveyUSA on January 4 and January 5. A total of 1,050 parents with a child under the age of 18 living at home participated in the study.

Respondents were selected at random, and all participants heard the questions asked identically. The margin of error for the study ranged by question, scaling from ±1.6 percent to ±3.5 percent.

US Vice President Joe Biden will meet with representatives from the video game industry today in Washington DC as part of a wider task force aimed at examining the role of violent media in mass shootings. The discussion around violent media has been reignited in the wake of the December 14 schoolhouse massacre that left 20 elementary school students and six adults dead in Newtown, Connecticut.

Parent that I know seem to disagree this survey was probably rigged to show the results they wanted.

Also I find it funny how our government is attacking Video Games now while still trying to ban guns.

Study: 89% of parents believe violent video games are a problem. Upon answering this survey 100% of those 89% went out and bought the brand new Halo for their child. One parent said while waiting in line, "This world needs more heros like Master Cheif to stand up for what is right."

A damn good amount. I use to work in the electronics department at Target and the computer would always prompt a age check for M rated games. Only way to bypass it is to have a manager number and the only way the computer accepts the date is actually scanning an ID. Everytime it prompted I would say "this game is rated M for blood, violence, and people swear (or fill in whatever else it was rated M for but that was the most common) all the time while playing online." Parents never hesitated. I had one parent say "oh what does that mean?" and I basically said you run around shooting people in the game and she didn't care.

EDIT: on top of that it was never for teenagers either. Always for like 7-12 year olds.

No, the 11% would watch fox news because open gun laws is a republican thing 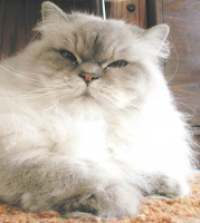 Yeah, the moment I saw 'Common Sense Media', it was automatically going to be bad. The group has been moving for game censorship and what not for a while now. They're a pretty typical special interest group who just find the people who will answer how they want and claim it's a majority.

Found out over Christmas my 9-year-old cousin plays Halo. Wanted to punch somebody. My uncle should know better, too, he's a gamer.

Of course, the kid also plays Kinect Sports, Mario Kart, and Pokémon. I'm sure he'll be fine. But come on... Halo? Really?