"The Beast is coming and I will be ready".

inFamous 2 takes place right after the events of the first inFamous game. Cole is angry and he's ready to let out some steam by destroying the beast who has finally come to Empire City. Cole McGrath finds his that his powers are not strong enough to kill the beast. He gives it everything he's got but it's not enough. They head to New Marais in an effort to gain some more powers which could prove useful in killing the beast. This is where our story begins.

The Gameplay of inFamous 2

In my opinion, the gameplay in inFamous 2 is above and beyond what it was in the first inFamous. Cole now moves much faster than before and he can also glide farther (attained at a later point in the game). The amount of unlockable powers is incredible. Each skill set has different attack varieties and you can choose what type of attack fits your play style best by purchasing them with experience points attained by doing main missions and side quests as well as simple things such as healing an injured civillian (Good Karma) or bio leeching someone (Bad Karma). Another thing I would like to point out is the Karma system. This has to be one of my most loved feature of the inFamous series. You can choose whether or not you want to be the good or the bad guy, something not very many games give you the option to do nowadays. This effects many things at a later point in the game such as how civillians react to you (Bad Karma they randomly will start attacking you, Good Karma they cheer you on etc), what type of powers/moves you can purchase and the biggest one is what type of ending you get. You have two vastly different endings which puts an emphasis on completing the game twice (once on Good Karma and once on Bad Karma). It is a very nice feature which adds replayability to the game, albeit not very much but still better than playing through the game twice only to find out nothing has changed. Another improved feature is the combat. Zeke, your best friend, builds you something known as an "amp" which focuses your electrical powers into it which you can then use to attack your enemies. I will talk more about this later on in the review. I also feel that Naughty Dog's advice to Sucker Punch was put to some good use. I didn't really enjoy the climbing aspect of the first inFamous because it really had no variety, it was essentially you bashing X all the time until you go to the top. Now in inFamous 2 they added electrical poles to the side of buildings which you can use to glide up much quicker as well as the fact that the gliding ability also gives you a slight height boost when used creates much more variety in the climbing aspect of the game. Due to the improved combat, variety of new moves (good and bad) and the replayability value added by playing it once in Bad Karma and once in Good Karma I give the gameplay aspect of the game a...

The Graphics of inFamous 2

If you play inFamous 1 and then right after try inFamous 2 you will notice a huge difference in graphics. You can clearly tell Sucker Punch greatly improved the graphical aspect of the game. But why simply tell you when I can show you. Here is a screenshot comparing inFamous 1 to inFamous 2. As you can probably see, there is much more detail on the buildings and there is also much more detail on Cole. The world feels more vibrant and alive, but this could be due to the fact that in the first game there was a major social collapse in the city as well as a plague was spreading around. New Marais feels much more open compared to Empire City. There is also more destrucible areas. It's still very minimal because you can only destroy wooden decks on the sides of buildings, but I have to admit it gets fun when you cast a lightning storm and then you see the pieces of wood flying around the hurricane. Now I want to compare inFamous 2 in the graphics derpartment to some of it's competitors in the gaming market. While inFamous 2 does look good, it is still nowhere near the level of games such as Killzone 3, Uncharted 3 and Halo 4. There are areas in which it can improve such as textures on walls and overall detail put into designing the world of inFamous. A game which inFamous is often compared to is Prototype, and in my opinion inFamous 2 looks much better. For this, I am giving inFamous 2 an...

Much better than it's predecessor, but still lacking compared to some of the bigger games of today.

The Campaign Story & Length of inFamous 2

The premise of the story of simple. The Beast is slowly approaching New Marais, taking out everything in it's path. You, Cole McGrath, have to somehow attain new powers so that you can defeat the beast.

You have to find several Blast Cores which can be used to attain new powers such as 'Static Thrusters" and "Car Jump". inFamous 2 features multiple new enemies. I felt dissapointed in inFamous 1 because of the fact that the variety in enemies was lacking. inFamous 2 fixes this by adding more boss fights and also having the added addition of different types of smaller/easier enemies which can be found in different areas of the game. Another thing which I enjoyed about the campaign is that this time instead of simply choosing to be bad or good by either killing civillians or helping them, in inFamous 2 you get rewarded for whatever choice you choose and you do so by picking Kuo or Nix as your "Sidekick". Choosing between Good or Bad Karma grants you new power, but choose wisely because if you go with Good Karma you lose the ability to learn the Bad Karma powers and vice versa. This also influences the types of missions you get to do as each have a different approach to them which as I said before enhances the replayability of the game. The length of the campaign is fairly long if you factor in having to complete the game twice. The length also depends on the difficulty you play on so this will vary for everyone. I would estimate that it took me a minimum 15-20 hours to beat both Good and Bad campaigns in the hardest difficulty, and then an added 4-6 hours to complete all the trophies. So overall you are looking at a 20 hour + game, not factoring the time you could spend in the UGC missions (Didn't really like the UGC that much).

While the story may not be too intruiging, the fact that you get to choose your ending/powers really is an added bonus for the game.

The Combat & Powers of inFamous 2

One of the things that I truly hated about inFamous 1 was the hand to hand combat. I just truly saw no point to it when I could just be far away from my enemy and zap them with electricity to death. This all changed in inFamous 2. I have to say that the addition of the Amp is my favorite improvement of the game. It quite literally is a whole different game now just because close quarters combat is much more prevelant. I find myself zapping my enemy once and then running up to them so that I could knock them out with my beautiful amp. It was created by Zeke and it is given to you in the beginning of the game, when you arrive to New Marais. the Powers are also very well done and it seems as if there is much more variety in what you can choose. Another thing I enjoyed is the fact that it is SUPER easy to change power in mid combat. Some powers prove to be more useful in certain situations than others and it's really nice to quickly change between them without having to pause the game and ruin all that adrenaline pumping through you. For those of you wondering how the amp works, it essentially channels his powers into it, thereby creating a much more efficient way of taking down enemies. 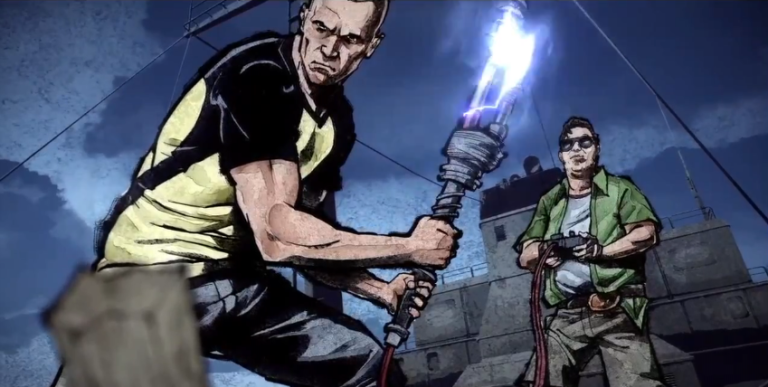 Now there is one small complaint I do have with the amp. Sometimes when you are attacking an enemy the screen can sometimes go into random locations and you can not see what is happening. It is a small complaint but it get's rather annoying because I mostly use the amp to finish off enemies. If it wasn't for this the combat/power aspect of the game would be an easy 10/10 for me but I have to bump it down to a...

Sweet new amp and sweet new powers, but the distortion of the camera when attacking enemies can be quite annoying after a while.

How the Amp works source - http://infamous.wikia.com/wiki/Amp

In my opinion, this is what a sequel to a game should be. inFamous 2 improves on what the first inFamous game introduced and it does this very well. One could clearly see the hard work and dedication Sucker Punch has put into the sequel and if I were you I would have my eye on the next game they announce.

Thanks for reading my first review. I know it is kind of long but I put a lot of hard work into this one =). Took me almost two hours. Thank you. 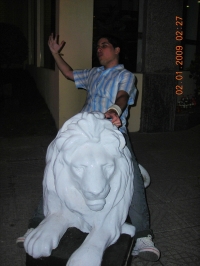 Great game. I bought number 1 (before they gave it free after the PSN incident, bad luck) and could play the sequel thanks to PSN+. You can clearly see the improvement between the games.

I really need to get into this series - I should buy the collection.

Did JayWood2010 approve this thread?

Yes our master has approved it =P.

You should. The first is just "good" but the second is at a whole other level.

One thing I don't like about InFamous 2 is that they changed the voice actor for the main character. I think that Jason Cottle did a great job with doing the voice for Cole MacGrath in the first game and he should have been rehired to do the voice for the second game.