This week you get to decide between 3 legends! Who is the best? Who is the most memorable? You decide!

Born on December 31, 1937, Anthony hopkins has entire slew of movies under his belt, some of his best know works are: The Silence of The Lambs, Hannibal, Red Dragon, Amistad & Nixon.

He has won (And additionaly been nominated) a Oscar, a BAFTA award & a Emmy award! 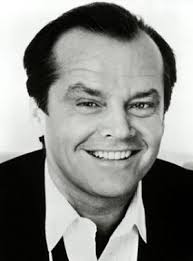 Born on born April 22, 1937, Jack Nicholson is not a stranger to noticable films either, and some of his know works include: One Flew Over the Cuckoo's Nest, The Shining & Batman.

He has won (And additionaly been nominated) 4 BAFTA's, 6 Golden Globes & 3 Oscars! Born on August 25, 1930, Sean Connery is one of the most notable actors in recent memory (And not so recent), some of his know works are: Dr. No, From Russia With Love, The Rock & Indiana Jones and the Last Crusade.

He has won (And additionaly been nominated) a Oscar, 2 BAFTA'S & 3 Golden Globes!

Vote in the poll, and decide which of these 3 legends is the best!

Being a huge fan of Hannibal I simply had to vote for Hopkins myself, perhaps the fact that he's the only one still acting ("Regulary") also swinged my vote in his favour a bit.

Jack. Not because he will celebrate his 75th birthday in a few days. In my opinion he's the greatest living actor (besides Robert De Niro).

Gonna have to say Anthony Hopkins. Jack Nicholson is a hack (albeit an incredibly talented one), and James Bond fucking sucks.

Mostly because he reached the maximum level and has stopped aging. :D Also he comes off as the least crazy.

This. Hannibal Lecter is one of my favourite characters ever and not even that stupid script change at the ending of Hannibal movie can ruin my love for the character I learnt to love by reading the books.

Dang, tough one... had to go with Connery, He managed to make The Rock and Entrapment into good films despite Cage and Zeta-Jones efforts, and of course he was easily the best Bond. The other two actors are both brilliant in almost anything they are in too. My vote goes to Connery as well. Jack was very close though.

Had to go with Connery, not just for Bond, but for Indiana Jones as well.