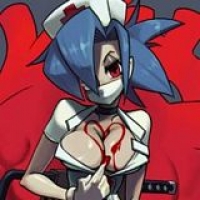 Then come here and vote in my thread!

Vote for your Favorite 80's movie before it is gone!

Would love to know from what anime does the first gif in your sig come from ? looks awesome!

Mordred11 posted something on darkhaven63's wall:

in Gaming Discussion on 08 September 2011

Jdevil3 said:I already posted this 2 days ago :P http://gamrconnect.vgchartz.com/thread.php?id=133713&page=1# But I guess it's fine because you got more people to know about this, I only got 1 person to comment in the other thread, lol. The more people who see this, the better :P Oops sorry about that =P  But yeah, the torney was hype....

in Gaming Discussion on 07 September 2011

hatmoza said:You'd think 'koopa' could throw in another "F" bomb or two into the mix. I really hate it when people with poor speech skills represent the gaming community. Anywho, I'm not surprised about the tournament. Catherine requires a degree of skill. It really challenged my cognitive skills, and that really doesn't happen that often to me with games nowadays. Well what...

in Gaming Discussion on 07 September 2011

Same thing I said at first. Then I saw how intense it got. I never knew Catherine had the potential to be a competitive game. Catherine for Evo2012! =P...

About Me: I can't really say much about myself other than I like playing video games and using the computer, but I am a high school student and so I have to study so I can get into college. Oh, and I'm a big fan of RPGs most notably the ones I've mention. And I like anime too. Although I don't watch it as much as I did back in the day because of school work.

darkhaven63 has 13 friends (view all)