Nintendo Discussion - Why did Pokemon even jump to 3D? - View Post

The "controversy" around this is probably going to make about 10 people not buy the game, all of whom are still playing Gold or Silver on their gameboy colour anyway. As @Cerebralbore101 pointed out both here and on the front page article if you want each extra model in the game you've got to do so much more work for every feature in the game. It's not like a Mario or Zelda where someone in the design part of the game says "what if we added a mode to add a different hat to each character? In Mario you got one model, you line up the gear so as to not clip through his design or cull off parts that would clip, if you then turn around and want to apply that same hat into something like Pokemon with 1000 3d creatures you're talking about going through each model and seeing where you can place such an item, if it clips parts of the design, if it works correctly with the model and of course consulting what the F you do with certain models which aren't upright.... would you put the hat on Hitmontops ass? or have it glued to his head? 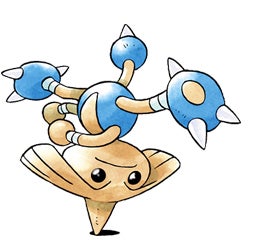 It's just tons of work and at the end of the day I would rather a game come with a functional amount of Pokemon (I mean, what % of people actually go and get them all in each new game? I would wager it's probably less than 1%) and then have tons of features that you can do with all of the creatures who've made it to the game.

If there is any fantasy that this "controversy" means that there wont be millions of copies of this game under the tree on Christmas morning, people are kidding themselves. If their choice is Christmas / Full National Dex so that Jimmy can use the same Gen 1 pokemon he did 20 years ago..., you know the game is coming out in time for Christmas, with the potential that missing pokemon will be added in a future patch.

Or do the Gran Turismo thing I guess, add in the 3ds models of a bunch of pokemon and have them flagged as legacy pokemon who will look a little rougher and cannot take part in certain things where model work would be required? Even have the ability to disable those Pokemon from appearing in game / wild if you don't want to see the older models and just enjoy the game their creating for the last number of years.