Ya I own multiple smart TVs and I've never put 2 seconds of thought into what OS my TV runs until reading this conversation. Most people look at a combination of price, screen size & resolution when getting a TV. People dont care about OS, all they care about is if it has the popular apps like Netflix, Hulu, etc. 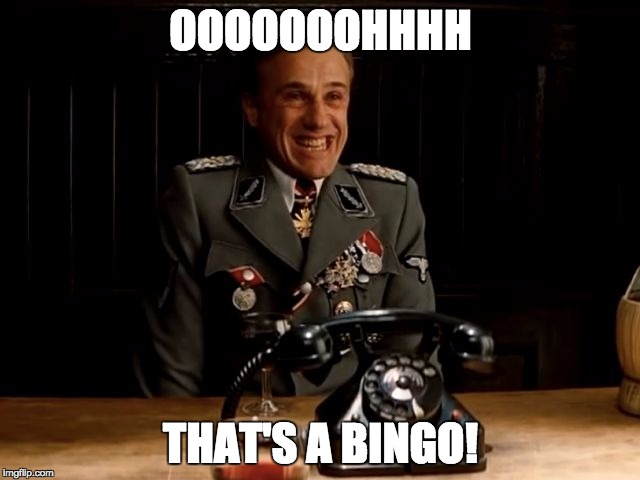 Same thing goes for car stereos. All people care about is whether they support Android Auto or Apple Carplay, and pretty much nothing else. I might have a bit too naive way of looking at this, but I would say that Nintendo in Japan and Microsoft in other parts of the world.

PS Now is out for 5 years now, launched just after the launch of the PS4, how is this still "experimenting" ?

Do you know the average Joe?

I very rarely meet anyone regardless of if they are a child, middle age, or elderly that does not know what device or OS they are using to get content to their TV. Name an OS that can be used either on a TV, Set Top Box, Streaming Stick, Console, or PC, and I can tell you numerous people that are die hards for it. Obviously not everyone cares, but you would be surprised who does, and even more surprised how important it is to them.

Laugh all you want about what kind of experience you think are coming to these devices, just remember progress is real, and a lot changes over time.

Where you get the idea I think people are going to pay $60 to play a game exclusively on their tablet I haven't a clue. It is not even remotely what I am claiming, or what companies are even talking about. The idea is that people pay $60 per game, or $10 -$20 a month for a library of games, and they will have access to that game on every device they own. That is where Sony is going to get hit hard if they don't stay competitive. If $60 on a game in the PlayStation Ecosystem gets you the rights to play a game on exclusively PS5, while $60 on Microsoft, Google, or Apple, gets you the rights to play the game on your PC, TV, Set Top Box, Console, Tablet, Phone, and Handheld, then Sony is going to be an obvious rip off. As far as we know right now, that is exactly the direction Microsoft and Google are going, and unless Sony has something up their sleeve, PlayStation games will be PS5 only.

I don't know why I would be surprised with the Switch's sales, they are selling a device that replaces both their Home and Mobile offerings. Nintendo has almost exclusively sold devices on 3rd party content for 20+ years. I would be more shocked if a Nintendo handheld/Console Hybrid with the entire Nintendo library was a failure. Thinking that the Switch would be a failure would completely contradict my theory that an Xbox or PlayStation Phone would be a viable device within the Windows and PlayStation Ecosystems.

At the end of the day, I hope you are right. I hope that PlayStation succeeds, and doesn't get wiped away by complacency. PlayStation has been the Home of 99% of my digital experiences since I was 9 years old. Things just don't look all that rosy right now.

Sony could work more for the OS on their TVs support app for PSNow or let's say stream play from a PS system on a different room (like remote play). And could also allow app to work on their console to have store for Android and iOS games.

They could also improve their phones to run better games and even get back to Playstation Phone (don't think it would be good), can make a new HH that have easy scalability to run same game bought on PS5.

But nothing like what KBG29 hopes with unified PS OS.

I just know the OS of my TV because of the marketplace icon and that when I reset it shows it is android. Besides that I saw the OS when I was looking at compatible app to do specific things on my TV. But yes haven't heard anyone but KBG29 friends caring any for the TV OS.

Or just looking at historic.

Maybe it's because you live inear Seattle, which you know, was Silicon Valley before Silicon Valley was a thing, and is still a giant tech hub.  I bet the average person's tech literacy there is signifcantly higher than most anywhere else in the country or probably the world.

Do I know the average joe? I like to think I do. Most of my friends, families, peers, etc are not tech enthusiasts. They barely know what an HDMI cord is. Most of my kid's friend's moms (and you're talking about university graduate late 20's/early 30's women) refer to all game consoles as "Nintendos". They couldn't give less of a shit what operating system of their tv is because most of them don't even realize that the menus that allow them to watch netflix using their TV remote control is "an operating system". I don't know anyone who has a solar panel installed on their room. I don't know anyone that owns an electric car. Your average joe is very tech illiterate. If you don't believe me, just go to an apple store and listen in to someone giving a tutorial on how to do basic functions on their shiny new iPhone. They offer those classes because a significant portion of the population doesn't know how these things works, and can't figure them out on their own.

While you're at it. Why don't you look into what the average american internet connection is. I think the results will absolutely shock you. Have you learned nothing from the Xbox One launch? The average american's internet situation isn't actually improved that much in the last five years.

Just like VR, people aren't going to want to put the time and effort into dicking around with technology if it doesn't offer an experience that is worth the effort. If someone just owns a tablet and not a gaming PC or a console is not going to shell out $60 for Madden. Period. Full stop. It's patently ridiculous to think that. No one is gonna want to shell out $60 for madden to play it on an 8" tablet with touch screen controls, especially if it's streamed The only reason game pass is getting the latest and greatest games from MS is because they're no longer selling in meaningful numbers on their own. Sony's dominance in the console space has forced MS to devalue their game brands into a $20 a month subscription, which I might add, I bet you'd be surprised how many xbox one owners have no idea what Game Pass is.  I assure you they'd much rather be doing what Sony is doing and getting the sales Sony is getting.

Nintendo has exclusively sold devices on third party content? I take it you mean first party content? And please, lighten up on the "hybrid" talk. It's a portable console that came with a dock in the box. It's not exactly revolutionary. But hey, Sony has ate Nintendo's lunch in the home console space that even they have given up on trying to compete. Also, what are you talking about with Nintendo and MS teaming up? Nintendo is allowing some Xbox live integration to facilitate cross console network play. Everything else is just a rumour.

It does seem strange to me that you think it's sensible that Nintendo is making a portable device that competes for pocket space with cell phones that isn't getting its lunch eaten by Apple and Google, but Sony, dominating a home console, with a first party lineup that's arguably stronger and more popular than it's ever been before is a fucking finger snap from an Apple and Google exec from being decimated in the home console space, even though neither have even come close to attempting a home console offering... because Sony's Smartphones and TVs don't run a Sony Playstation-based operating system. There's a disconnect in your logic there.

Things are just fine in Sony Playstation land. They're just not doing what you want them them to do, and you've convinced yourself that the sky is falling on them as a result.

In North America/UK/Australia, Microsoft is their biggest competition.
In Japan, Nintendo is their competition.

In the rest of the world, their only competition is themselves.

People seem to think that streaming games to mobile devices are a serious threat to Sony. Here's a couple of things they don't realize.

2. The average US consumer's internet speed is only 18 Mbps.

3. The majority of people living in the USA don't have 18 Mbps. The average is increased by a minority that have much better internet than that.

6. ISPs are slowly moving towards charging customers by the gigabyte, or putting caps on data, in the USA.